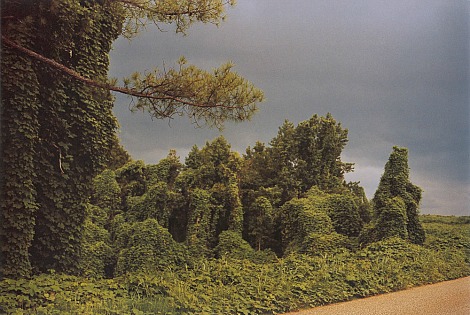 FUNDACIÓN MAPFRE is a non-profit Spanish organization, created in 1975 with a mission to teach and promote culture, art, and literature in Spain and South America. Since 2008, FUNDACIÓN MAPFRE has been located on the Paseo del Arte, Madrid’s
famous Avenue of Art.

William Christenberry has earned a prominent place in the recent history of US photography, thanks to his unique vision of the traditional landscape of the Deep South. He is undoubtedly regarded as a pioneer of colour photography. However, Christenberry is also a versatile creator who has used other media to encapsulate the memory of a landscape that he has personally traversed and experienced over the course of his life.

Christenberry’s works are unique in their evocative capacity to transform simple imagery into something monumental. His first photographs, taken with a small Brownie camera, date from the late 1950s and were initially intended to serve as references for his paintings. It was Walker Evans who, in the early 1960s, encouraged him to focus on photography as an expressive medium. However, unlike Evans, Christenberry chose to use colour at a time when it was still considered too commercial and artificial, as black-and-white was de rigueur for art photography.

Abandoned houses, country churches, cemeteries and objects found in the fields have been captured by his lens for years and sometimes decades, making personal experience, travel or, as the artist himself has noted, processes of transformation, death and occasionally rebirth the central themes of his extensive artistic output.

Using his camera in conjunction with other media (sculpture, painting, drawing and installation art), William Christenberry has woven a thrilling tale of the Deep South: its vernacular architecture, its landscapes and its memory, but also some of the darkest and most important episodes in its history (such as the political and racial intolerance embodied by the Ku Klux Klan). The Klan Room is presented as an archive of memories of the Klan, including photographs, drawings, ‘klansmen’ dolls dressed in white, green, red, black and purple robes, neon crosses, glass boxes and sculptures.