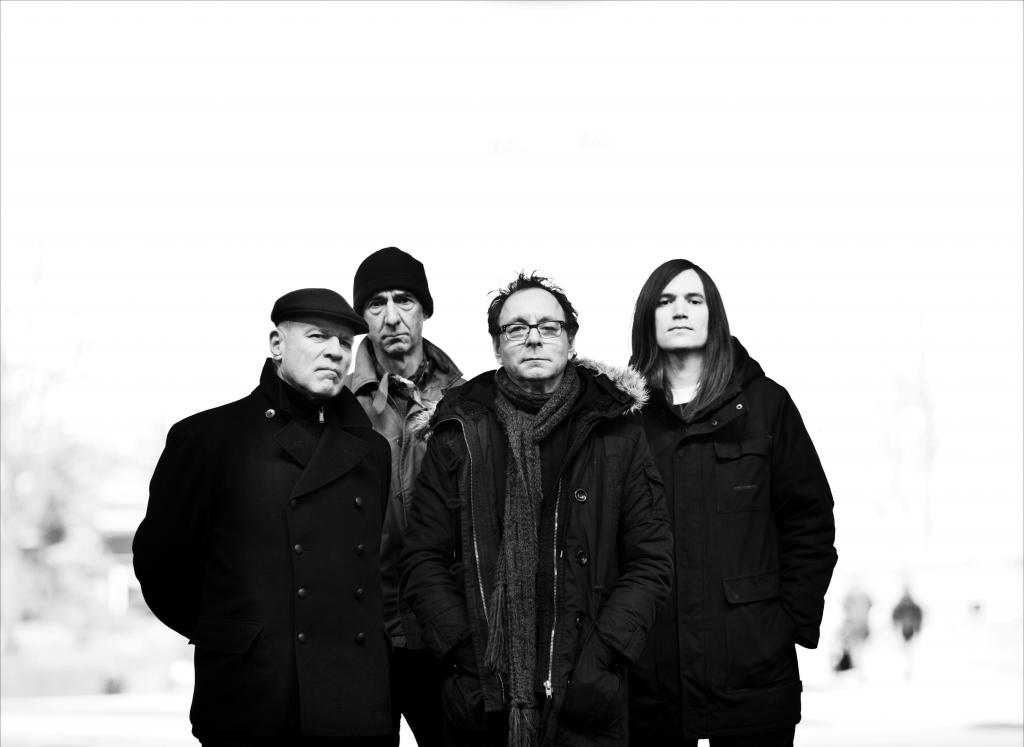 Wire has announced the release of Change Becomes Us due March 26th. The band properly launched the second set in the “Legal Bootleg Series.” The newly released live recordings are from Wire shows and sessions at Nottingham Social (February 23, 2000), WFMU (April 4, 2011) and KEXP (April 13, 2011).

In spring 2012, Wire’s plan had been to convene at Rockfield Studios in Wales to review the rudimentary blueprints of songs that had never made it beyond a few live performances in1979 and 1980 – a time when the band-members were in creative overdrive yet the band itself was disintegrating. The aim wasn’t simply to resuscitate and record old songs; in fact, many of them hadn’t become proper songs in the first place, existing only as basic ideas or undeveloped parts. Rather, the objective was to approach that unrealized work as an oblique strategy, a potential springboard for Wire’s contemporary, forward-looking processes – a possible point of departure for new compositions.

This took place with Wire firing on all cylinders, as a four-piece studio entity again, the core line-up of Newman, Graham Lewis and Robert Grey now enhanced by guitarist Matthew Simms. Simms had played a key role in helping the band to cultivate and shape its new sonic landscape throughout the preceding year’s live work. Out of the exploratory Rockfield session and subsequent, extensive development and production at Newman’s Swim Studio, the ostensible source material became, in the classic Wire tradition, something quite other than what it may have once been – or what it might have become if it had been pursued in 1980.

“Love Bends” is a case in point. Its roots lie in “Piano Tuner (Keep Strumming Those Guitars)” – the raucous, octave-hopping number performed in February 1980 at the Electric Ballroom in Camden and preserved on Document and Eyewitness. But it’s now morphed, improbably, into an irresistible, totally modern pop song. “It had to be turned into something else,” explains Lewis, “because it only really had one bit.” Just as improbably, the gently lilting “Re-invent Your Second Wheel” is tangentially connected to the notorious “Zegk Hoqp,” which was more of a one-time happening than a song at the Camden gig: mostly shouting and banging, executed by a stage- full of Wire cronies in funny hats. “It was written for performance, around people with newspaper headdresses; not with music in mind,” Lewis emphasizes. Similarly transformed, “& Much Besides” is a six-minute oneiric-melodic interlude that gives no hint of its putative origins in “Eastern Standard” – a dreary, obtuse three-minute track from the Electric Ballroom concert.

Newman’s songwriting and production on Change Becomes Us reimagines the past in ways that ultimately break any substantive connection with it, making entirely new pieces – and these songs themselves enact Wire’s restless drive to become other, often thriving on a fundamental tension between opposing sonic characteristics. With its stop-start, soft-hard, quiet-loud structure, “Adore Your Island” veers between what Newman describes as “prog and unhinged punk rock,” never quite resolving itself; the drama of “Attractive Space” hinges on a progressive splitting of the song’s personality, between its calm, expansive, anthemic orientation and an increasing sense of intensity and claustrophobia.

DEAD CAN DANCE TO RELEASE 'IN CONCERT' ALBUM APRIL 16TH