The 3rd Annual Women & Fashion FilmFest & SHE WEBFest will be held from November 12-14 in New York City. The festival will highlight work by women and diverse international emerging artists with screenings of 24 films and webseries. Launched in 2013, the Women & Fashion FilmFest (WFF) brings together members of the fashion, entertainment, and media industries to promote social responsibility and to create opportunities for diverse emerging artists. WFF is not just a film festival, but also a conference to foster discussion on issues affecting women. The festival seeks to examine industry issues and to celebrate and support the professional and creative development of women and youth through film screenings and programs, and to honor leaders in these fields for outstanding artistic, societal and communal contributions. The Women & Fashion FilmFest partners include the United Nations Association Film Festival, Global Fashion 4 Development, and Maritage International, a non-profit driven by United Nations leaders to empower women through the arts.

On November 12th, the festival opened with a VIP reception with special guests including Pat Cleveland, Trish Goff, Emme, Maye Musk, Ralph Rucci, Timothy Greenfield Sanders, Phillip Bloch, Ambassador Henry MacDonald, United Nations He for She Spokesperson, and Ambassador Robert Van Lierop, Advisor to the President of the UN General Assembly. The Untitled Magazine‘s editor-in-chief, Indira Cesarine, hosted a special edition of Fashion One TV on the opening ceremonies, and interviewed festival participants for the network which reaches 120MM viewers in 12 countries.

WFF’s program opens with a special preview of #BodyBeaUtiful, a never-before-seen documentary by Emme, the 1st curvy supermodel, on Nov. 13th at Seaport Studios, on 19 Fulton Street. In this film, Emme interviews people from all walks of life and asks them, “How would life be different if everyone loved his/her body? What does your body want to say to the world?” A discussion follows with Emme; Alisa Fliss, Featured in 2006 HBO Documentary THIN, Recovery from Anorexia and Bulimia and Director of Business Development Recovery Division of Acadia Healthcare; and Kirsten Haglund, Community Relations Specialist, Timberline Knolls Residential Treatment Center. 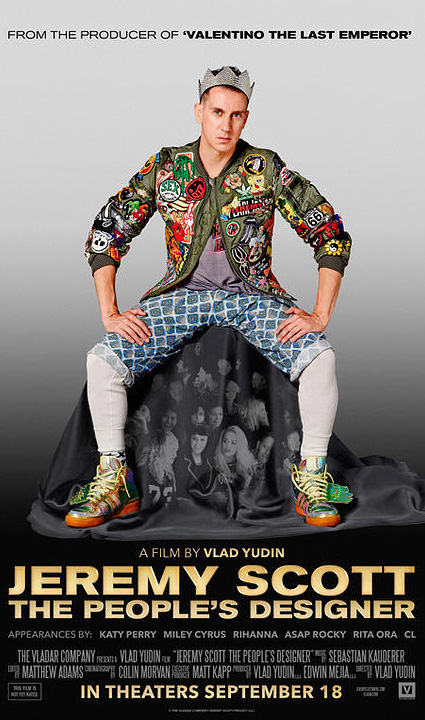 Also featured is the documentary, Jeremy Scott: The People’s Designer.  Directored by Vlad Yudin, the film highlights the story of the designer’s ascent from a small town in Missouri to his current position as the Creative Director of the Italian fashion house, Moschino. A favorite among celebrities, Jeremy Scott has become one of the most, if not the most, polarizing figures in the contemporary fashion scene. The film illustrates this predicament with an array of interviews featuring the likes of trendsetters, industry leaders, and popstars.

WFF is recognized as a Full Member of the International Council for Film, Television and Audiovisual Communication (ICFT) of the United Nations Educational, Scientific, and Cultural Organization (UNESCO) .

GIRLS RULE: A NEW ERA OF POLITICS - THE #GIRLPOWER ISSUE

MISSONI TO LAUNCH A NEW FRAGRANCE