On October 1st, XXXX Magazine teamed up with Karim Amatullah and Dimitri Hyacinthe of Made in NYC to celebrate Paris Fashion Week with a screening of XXXX Magazine fashion films and party at La Villa in Paris. Managed by Cyril Peret, the venue on Avenue Friedland in the 8th arrondisement recently relaunched itself as a restaurant / nightclub with some of the top DJ’s in Paris.  The evening started out with a dinner and video installation/screening featuring many of the movies for the forthcoming Voyage Issue.

At midnight the DJ’s turned up the volume and the party kicked off Parisian style with guests dancing under the ceiling projected video installation and champagne flowing. October 1st is the celebrated “Nuit Blanche” in Paris, a special night once a year in which many Parisian stores and venues stay open all night long, and the party kept going late into the night. Definitely an event and evening to remember! 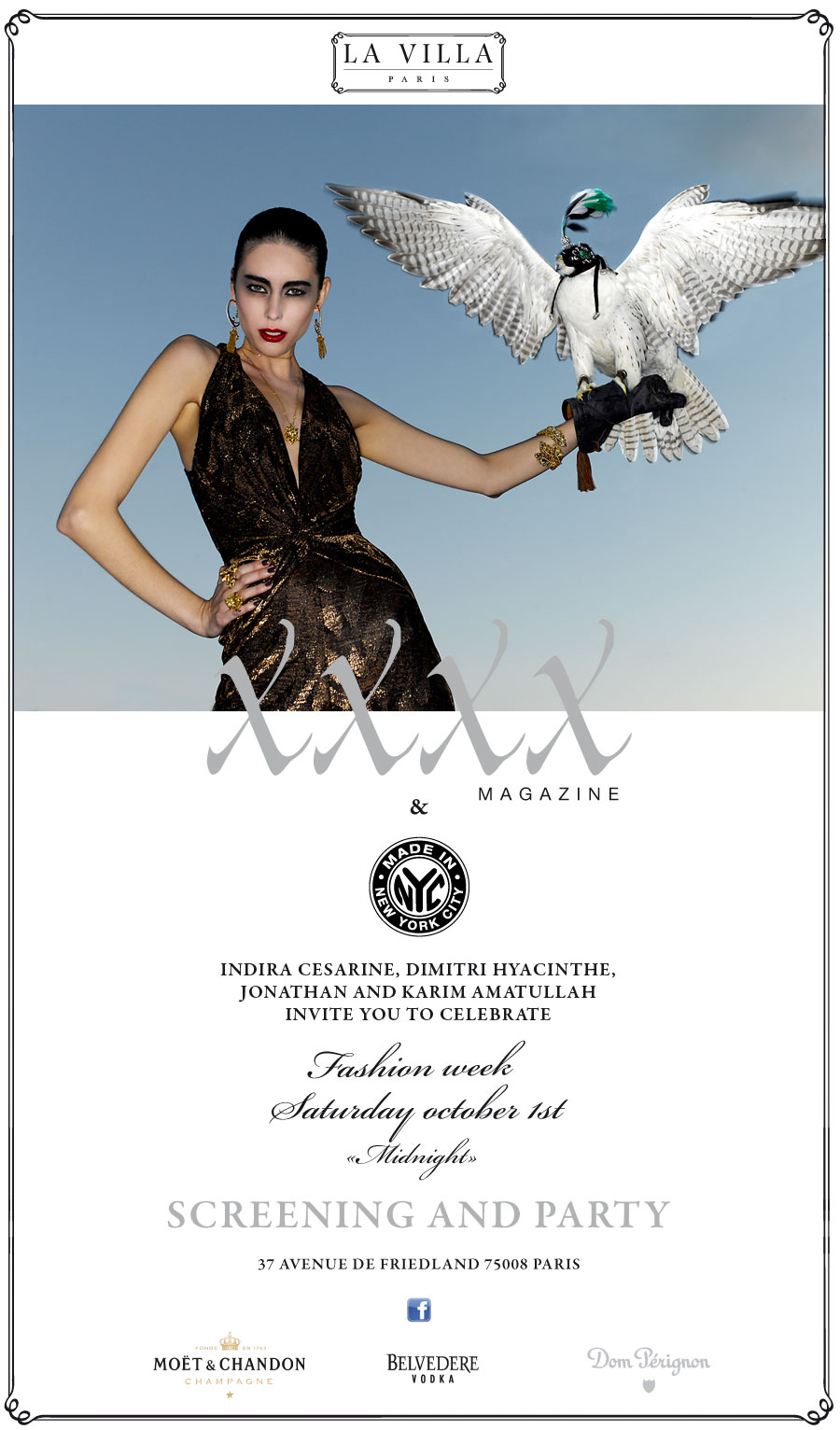