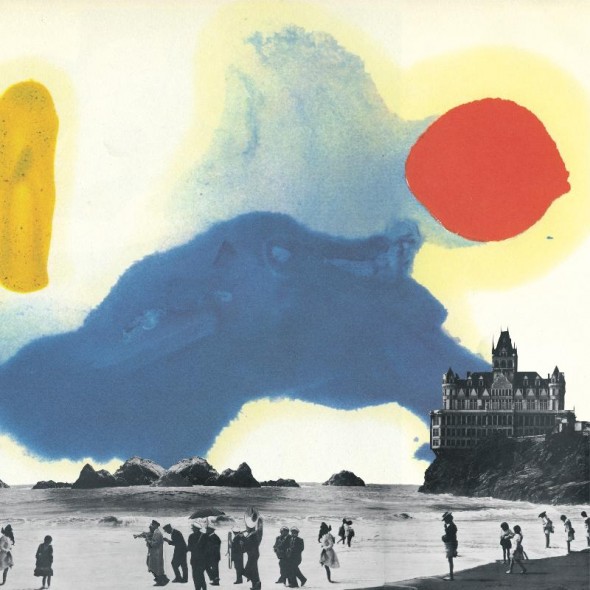 Songs from the Vanished Frontier, the second album from New York’s YELLOWBIRDS, includes love songs and breakup songs, happy numbers and sad numbers, tunes about not believing in the truth and, alternately, tunes about delivering it. There’s bracing rock ‘n’ roll and bubbling folk, drifting jangle and swiveling R&B. But the thread that unites these nine instantly affecting songs is their search to find the signal amid the noise-that is, to understand the world and its whirlwind and to deliver just a little bit of clarity every three or four minutes. “What have I believed in?” Sam Cohen sings toward the end of the title track, his voice a near-murmur that peeks out from beneath the ashes of a smoldering empire. “How will I deceive me now?”

That quest for answers and assurance suits Cohen’s backstory: After the 2009 end of his longtime vehicle for wild, radiant anthems and experiments, Apollo Sunshine, Cohen thought his musical career might be over. But a clutch of songs he wrote in his bedroom soon found currency with a few New York musicians, and they started developing and playing them under the name Yellowbirds. The band’s 2011 debut, The Color, received favorable reviews, with Pitchfork noting that the record espoused “an endearing raggedness … as though Cohen invited you into his living room.”

Vanished Frontier hinges on the same intimacy, but you’d never mistake it for a living room project. Indeed, for the first time, Cohen and his now full-time band (drummer Brian Kantor, singer/bassist Annie Nero, her husband and multi-instrumentalist Josh Kaufman) had their own studio in which to build the new songs and sounds.

LISTEN TO “YOUNG MEN OF PROMISE”

ZZ WARD RETURNS TO SXSW AFTER NEAR SOLD-OUT TOUR