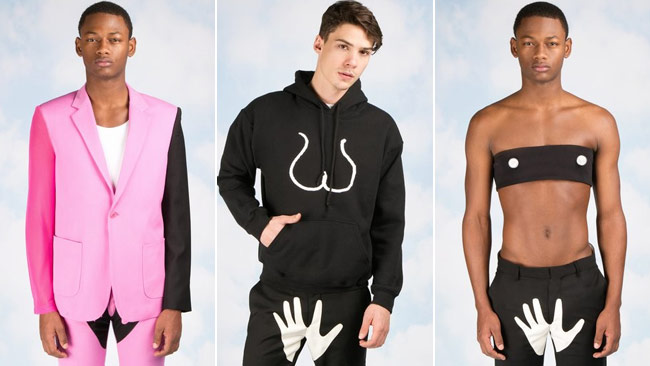 Who is Yoko Ono to you? Is she a musician? An activist? The muse for one of the biggest song writing talents of the twentieth century, or the very reason that his work with one of our most influential bands fell apart? Is she a provocateur or a con-woman? A performance artist or simply a shameless self-promoter? She is a lot of these (perhaps all of them, or none of them), but something she hasn’t been until now is a fashion designer. True, clothing has perhaps always been part of the Yoko Ono image in some way or another—after all, it is she who is clothed on the iconic Rolling Stone cover, with John Lennon naked, in fetal position, taken just hours before his assassination. But her most engrossing work has often involved the use of her body as a multi-faceted unit of statement, of art—an extension of her work, always.

Her recent collaboration with New York boutique Opening Ceremony has resulted in a 52-piece menswear collection, and will hit stores in Los Angeles, London and Tokyo sometime in 2013. The collection is based on drawings she gave to John Lennon as a wedding present in 1969, so as should be expected, it retains that same level of Yoko engagement with the bizarre and unique.

Yoko’s history as an enabler and provocateur is one that is self-imposed and self-adored. Nobody has enjoyed pushing buttons more than the woman who is always peripherally mentioned in the same breath as The Beatles. And her new collection seems destined and designed to do just that—push fashion lovers into tizzy about just how seriously to take their medium of choice. “Fashions for Men” is a unique collection, crafted and conceptualized as only Ono knows how. The pieces feature a mix of bold cuts, eye-popping prints, bright neons and hand-shaped garnishes on the crotch of the pants. 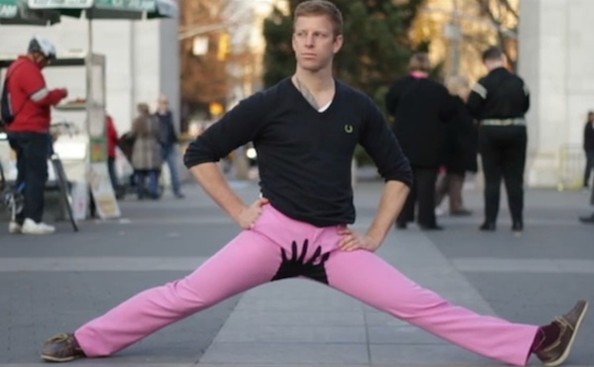 Fashion seems, in many ways, to be a logical extension of everything that Ono’s career thus far has been attempting to convey: a sense of genuine artistic vision, but with a true understanding of fashion’s more eccentric and ridiculous elements. When asked by The Daily Beast which designers Ono herself would wear, she responded simply with, “Anybody who has a sense of humor.”

Ono herself seems to be that type of designer. Her work has always tantalized viewers with a sense that she, too, is in on the joke, is perhaps at least somewhat aware of the impenetrability of her work. One of her best-known works is in the mid-1960s, when Ono took on the identity of a fly as her alter ego, proving that her artistic résumé is perhaps best read with tongue at least somewhat planted in cheek. 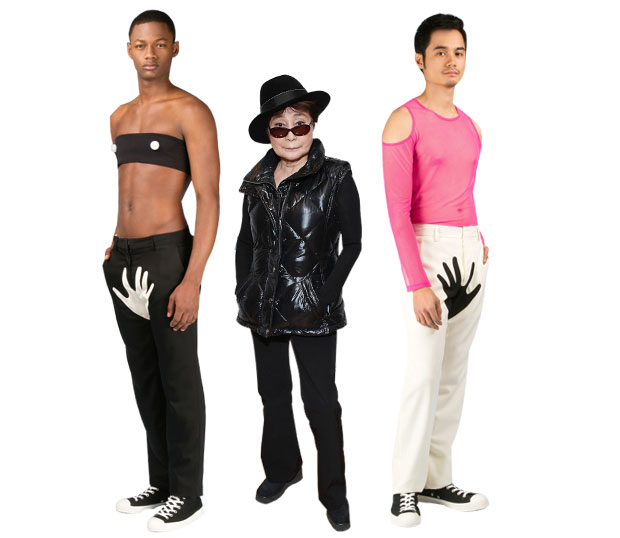 Of course, as is the case with any and all of Ono’s work, the personal finds way to meld with the political. Her fashion line, it would seem, is no different, as it blends together an assumed understanding of both the self-seriousness of fashion As It Is, and the imaginative powers of fashion As It Could Be. She has stated that the one thing the world needs—since declaring it Peace all those years ago—is a sense of humor. “We need some laughter in the world,” she said in that same Daily Beast interview. “I hope I will give it to them with these gorgeous clothes. The world is in such turmoil. People are all scared. Let’s give them fun.”

Fun is surely one way to describe the pieces. There are light-up codpieces ($200), pants with a sheer see-through rear ($250), and handprint-printed crotches ($335) that give the Beatles classic “I Want To Hold Your Hand” a horrifically new context to exist in. It’s unclear what reviews of her collection will be, but it’s even harder to tell how seriously she wants you to take it. As with everything else Ono touches, the Idea is more interesting than the Product—but always in the best way. 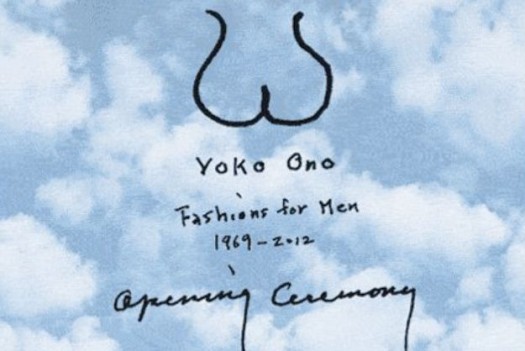 – Rod Bastanmehr for the Untitled Magazine

0
The Untitled Magazine December 15, 2012
No Comments Yet