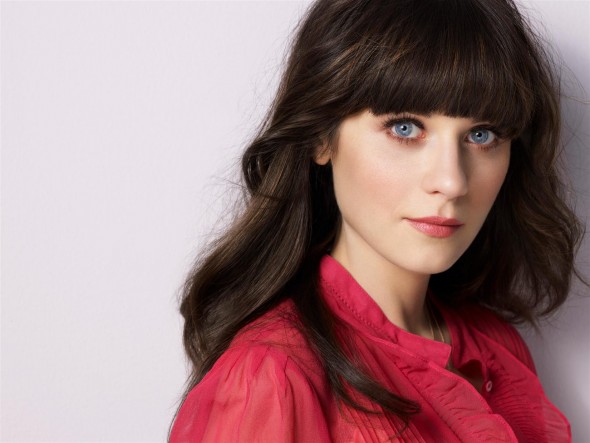 Zooey Deschanel has done many things in her celebrity tenure, most currently cracking jokes on the TV show “New Girl,” worthy of several Golden Globe nominations. Throughout her various endeavors, she’s always looked nothing but the cutest – a bookish apple of every cardigan-wearing young man’s eye. But who knew she could design the frocks she dons?

Deschanel has paired with Tommy Hilfiger to design a capsule collection that will retail at Macy’s beginning April 14. The line will be kept short and sweet on all accounts, comprising 16 “flirty dresses” inspired by the 1960s, bringing quirky charm to all the young women who aspire to look like Deschanel’s TV alias, Jess Day.

It’s not all too surprising that she’s off on another creative pursuit. Her career has involved alongside Will Ferrell in “Elf,” dancing alongside Joseph Gordon-Levitt in “(500) Days of Summer” and starting her own band, She & Him, with folk-rock singer M. Ward. After conquering the film, music and TV industries, what else is a 34-year-old supposed to do with her spare time?

At first, Hilfiger – the eponymous grandfather of Americana – seems like an odd pairing for someone synonymous with indie culture. But after seeing the way she pulled off his custom baby-blue seersucker, one shoulder gown at last year’s Met Ball, it makes more sense. She is, after all, a classic American beauty who consistently brings a sophistication to her youthful freshness. She’d fit in perfectly in the global brand’s perennial ad campaign, “The Hilfigers,” a large family of offbeat prepsters whose old-school vibe is charmingly refreshing. Sounds like Deschanel, no?

The dresses will feature primarily primary colors – lots of reds and blues adorning the retro cuts and flared hemlines. Cut some bangs, smear on some red lipstick, sharpen your wit and prepare to turn some hipster heads. 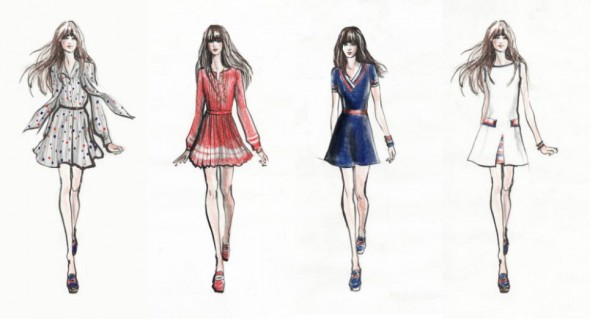 KURT GEIGER SALE - LAST CHANCE TO SHOP UP TO 70% OFF