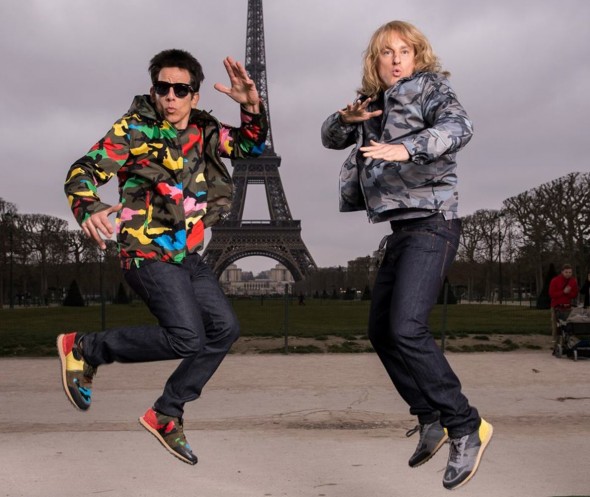 Following the jaw-dropping surprise appearance at the Valentino Autumn/Winter 2015 show, the house has released additional photos of everyone’s favorite male models: Derek Zoolander and Hansel giving the camera their fiercest Blue Steel faces, including a few where they show off their skills with models Tilda Lindstam and Xiao Wen Ju. 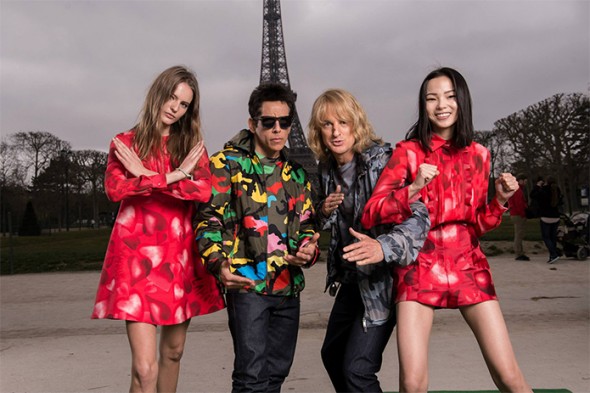 Shot in front of the Eiffel Tower, wearing pieces from the Spring/Summer 2015 collection, the photo shoot is not only comic genius, but a win/win marketing strategy for both Valentino and the upcoming sequel Zoolander 2. The first film experienced such mainstream success that, who knows, we may be seeing average movie-goers dressed in Valentino this season. The first Zoolander film remains a cult hit. Co-stars Ben Stiller and Owen Wilson were spotted in Italy earlier this year filming scenes for the follow-up. We’re in a moment in fashion where the concept of supermodel is having a comeback – so Derek Zoolander and Hansel may have picked just the right time to come out of retirement.

Check out the Valentino show featuring Derek Zoolander and Hansel below: