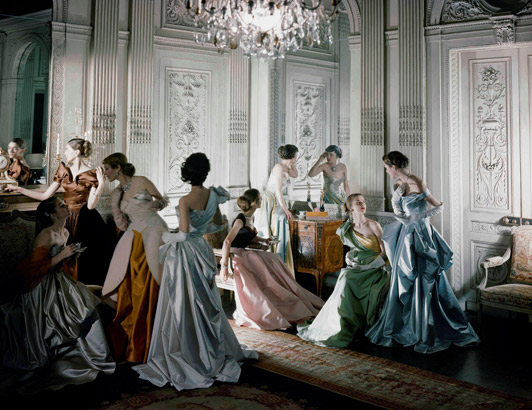 This year’s Met Ball will celebrate the works of the legendary twentieth-century Anglo-American couturier Charles James. Charles James: Beyond Fashion will explore James’s design process, focusing on his use of sculptural, scientific, and mathematical approaches to construct revolutionary ball gowns and innovative tailoring that continue to influence designers today. Approximately seventy-five of James’s most notable designs will be presented in two locations—the new Lizzie and Jonathan Tisch Gallery in the Anna Wintour Costume Center as well as special exhibition galleries on the Museum’s first floor.

The first-floor special exhibition galleries will spotlight the glamour and resplendent architecture of James’s ball gowns from the 1940s through 1950s. The Lizzie and Jonathan Tisch Gallery will provide the technology and flexibility to dramatize James’s biography via archival pieces including sketches, pattern pieces, swatches, ephemera, and partially completed works from his last studio in New York City’s Chelsea Hotel. The evolution and metamorphosis by James of specific designs over decades will also be shown. Video animations in both exhibition locations will illustrate how he created anatomically considered dresses that sculpted and reconfigured the female form.

On May 5th, as fashion enthusiasts anticipate the glamorous red carpet looks, fashion’s very elite will gather to watch as Michelle Obama unveils the brand new Anna Wintour Costume Center. Only after the unveiling will the red carpet open it’s gates to a sea of couture, worn by the biggest names in today’s entertainment and fashion worlds. Highly-anticipated looks will come from Lupita Nyong’o, Amanda Seyfried, Emma Stone, and Allison Williams – all who have respectively accepted their invitations.