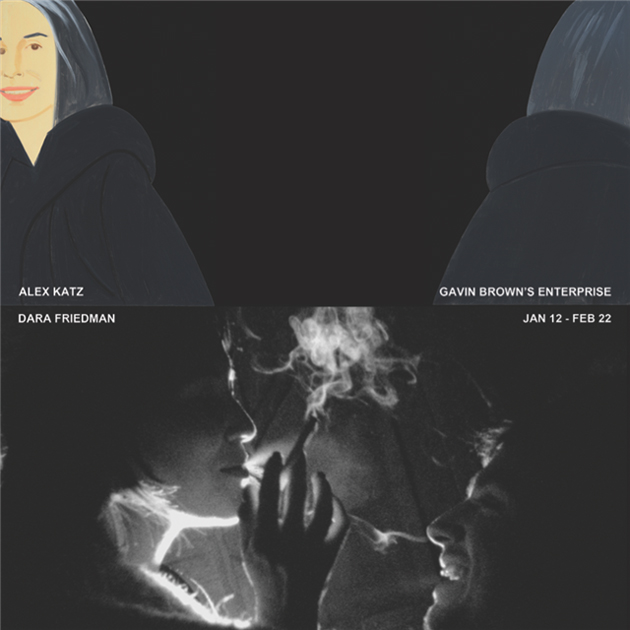 In PLAY, (Part 1&2), 2013, 17 couples—some real-life couples, others paired by the artist, all of them actors—develop and play out scenes of intimacy. The poetic, intense, and humorous situations grow intuitively from a process of improvisational theater games created for the purpose.

With this new work, Friedman engages with actors and their ability to receive and transmit projected desires, while at the same time laying bare theatrical and cinematic devices with Brechtian pleasure. Created during Friedman’s residency at the Hammer Museum, Los Angeles, PLAY was filmed at the museum’s Billy Wilder Theater, in a hippie shack in Topanga Canyon, and on the streets of Los Angeles.

PLAY marks an important climax in Friedman’s recent work, completing a trilogy of works with Musical (2007-8) and Dancer (2011). In Musical, singers catch us unaware in the street of New York, giving voice to their thoughts, while the city of Miami sets the stage for Dancer. Together the films show us a rhythm of life—showmanship and humility, aggression and tenderness, poise and wildness, all in equal measure.

Alex KatzMarking the artist’s third exhibition at the gallery, ALEX KATZ features a rare yet integral series of Katz’s works—his cutouts.
Existing as painted portraits and freestanding relief sculptures simultaneously, these pieces represent a departure for the artist, whose famously flattened style of portraiture generally manifests on canvas. With these sculptures, Katz foregrounds this signature style literally, as the background that would typically accompany each portrait is entirely excised.Katz created his first cutout quite by accident in 1959 when, unhappy with the composition of a portrait he was working on at the time, he cut out the painting’s central figure to see how it might look affixed to another canvas. By removing the figure from a predetermined context, allowing it to exist in space as a discrete three-dimensional object, Katz recognized that his portraits could be viewed experientially for the first time. Excited by the possibilities this liberating gesture afforded, Katz continued to create cutouts through the 1960s, eventually shifting from wooden bases to aluminum ones.

The fifteen new works featured in this exhibition are the first significant group of cutouts to be made in over a decade. They feature an assortment of figures, depicted either singularly or as part of a couple. The vocabulary of film—the extreme close ups, dramatic perspectives, and framing—has had a particular impact on Katz, who has redeployed some of these tactics in his sculptures. By omitting, enlarging, repeating, and erasing, Katz reduces painterly language to the extreme, and reproduces the immediacy and intimacy of film in so doing.

Katz has said that sculpture “should be about light and motion,” and in this group of works he accomplishes exactly that. The works achieve a weightless elegance that is all their own, dissolving form and expanding the picture plane to encompass the space surrounding each subject.
For more information, please visit http://www.gavinbrown.biz/home/exhibitions.html.