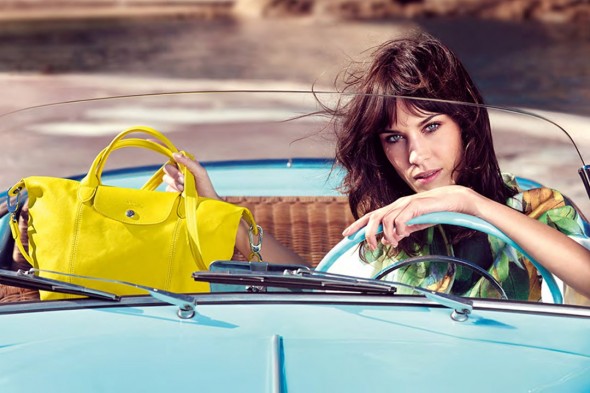 British It Girl Alexa Chung not only landed Longchamp’s Spring/Summer 2014 campaign line, she’ll be taking over Autumn/Winter 2014 as well. Chung will be the face of the new Escales collection; lightheaded, colourful and bursting with energy. The 30-year-old model and contributing British Vogue editor has been tapping into numerous creative realms lately, with a makeup line for London-based beauty brand, Eyeko coming out next year, as well as the recent release of her first book, It.

“The whole team fell under her spell,” said the label’s international communications director, Marie-Sabine Leclercq. “She immediately had a real vision and made a very on-point contribution to the looks for the shoot. There was such a synergy and an energy that we all went home delighted with this initial experience with her.”

Chung’s relationship with the label began after she DJ’d at the brand’s London flagship opening party back in September. Shortly afterward, Chung shot the campaign in St. Tropez with Max Vadukul. The campaign ties with a major milestone for the French brand: the 20th anniversary of its ever-lasting, classic Le Pliage bag. Mulberry has already named a wildly triumphant carryall after the fashion icon in the past, a creation which literally flew off the shelves.

Chung is notorious for giving back to her fans, sharing plenty of covetable fashion advice and lines of her own. Back in 2011, she created a line with Madewell, which apparently crashed the retailer’s site. “Congrats! You crashed the @madewell1937 website with the purchase onslaught. Glad you like it! Xxxx,” she jokingly tweeted. 2014 will be a stellar year for Chung; she’ll be starring in a short film for Longchamp in addition to the printed campaign, making its debut during New York Fashion Week. Previous Longchamp veterans have included Kate Moss and Coco Rocha. 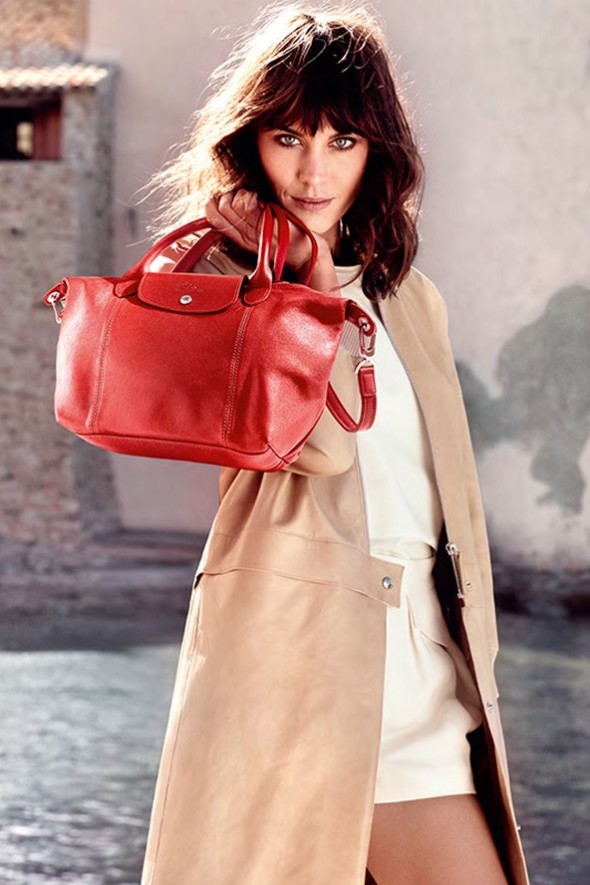