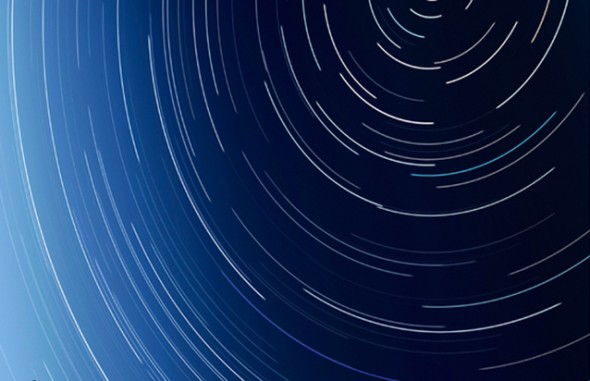 Presented by Johann König, Berlin, Alicja Kwade turns the monumental church space of ST. AGNES into a vast light and sound installation based on the principle of the Foucault Pendulum.

On March 31st 1851, French physicist J.B. Léon Foucault suspended a metal bob with a long wire from the dome of the Pantheon in Paris, and let it swing in the air. His aim was to make the crowd of onlookers visualize that the Earth actually spins. His experiment combines subtle simplicity and extremely complex forces. Indeed, if a heavy mass is free to swing in a vertical plane, its plane of oscillation remains fixed. Yet, rocking back and forth, the trajectory of the bob in the Pantheon seemed to be modified, the bob drew very slowly a circle on the floor. What was the explanation? While a pendulum has a stable plane of oscillation, something else is moving: the floor. The whole Pantheon was moving, Paris was rotating (and still does), and so do we: the Earth rotates! Thanks to the Foucault pendulum, we do not need to stare at the stars any longer to realize this, we can “visually feel” that the world revolves around its axis. This famous experiment revealed concretely for the first time a complex phenomenon driving us at any time.

Whoever knows Alicja Kwade will not be surprised to hear that such a device caught her attention a long time ago. Amongst a few other obsessions, Alicja Kwade is captivated by scientific problems and visual experiments. By manipulating objects, processes and concepts, she embraces physics questions and translates them into artistic issues in different ways.

For this installation, one could say that Alicja Kwade considered the Foucault pendulum as a “found item”, similar to elements in her sculptures, and she transformed it to create a new experiment, based on the historical one. We are also in a former high-ceilinged church, and there is a pendulum too. But at first glance, one can barely see what it is. A light bulb is swinging from a wire instead of the heavy ball. It is the only source of light in the church; its hypnotizing shadow dances on the walls, following the swing. This is a multisensory experiment: a microphone is fixed on this bulb, and the amplified unsettling sound of the friction reverberates in the darkness of the church. After a few minutes, one can observe some movement, the more obvious one being the circle that the bulb describes on the floor. But again, following the principle of the Foucault pendulum, the axis of oscillation of the bulb remains stable; it is the floor that is moving, and it reveals the Earth’s rotation.

By dramatizing the historical experiment and replacing the bob by a light bulb, Alicja Kwade literally highlights the striking observations of Foucault. She also brings them to a different level, in her own universe. One could see in this strange device a contemporary echo of vanity: the light (a classical symbol for life, knowledge, energy, ideas) going back and forth, the pendulum echoing the repeatability of things, while incredibly powerful forces are governing us. The destabilizing atmosphere created by the sound and the light reminds us that it is still vain to try to understand those forces. Some mysteries have no answer, “the world itself does not care, it just turns” says the artist. In this statement, we find one of Alicja Kwade’s obsessions[1]: everything from atoms to the universe is spinning around something, “like us circling around these questions”, she adds.

Last but decisive observation: the title of the installation, “Nach Osten“ (Facing East), comes from a specificity of this version of the Foucault pendulum. The bulb is too light to work as a proper “bob” and to interact with the inertial forces as in the original experience. This is the reason why the swinging movement here is electronically powered to turn against the direction of Earth’s rotation and precisely counterbalance the natural movement. The longer you remain in the space, the more you perceive the device’s permanent fight to maintain its equilibrium.