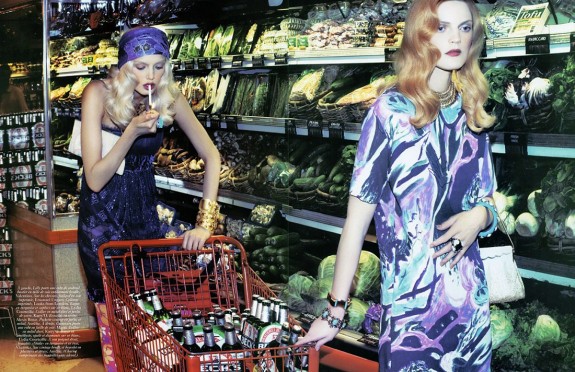 Advertisements for diets and plastic surgery “fixes” are frequently in the media, on billboards, and even plastered around our daily commute. Americans are notorious for their constant desire to lose weight and lose it fast by popping a diet pill or drinking lemonade mixtures for three weeks. But the massive infatuation that spreads through a nation of relatively overweight individuals has to stem from somewhere, right?

As of 2014, 35% of adult Americans are considered to be overweight. This number is fuel for companies who produce and manufacture diet supplements. Do you ever notice how the “diet” aisle of supermarkets and convenience stores is growing by the day? We can thank the lack of proper dietary education in our school systems for this, and we can also thank the media for the constant stream of over-airbrushed models being pushed into our faces everywhere we go. The disturbing facts about American obesity are a tough pill to swallow, unlike the $40 bottle of diet pills on display at GNC stores across the country. Let’s take a moment to look at the numerous diets that have been publicized in recent months. 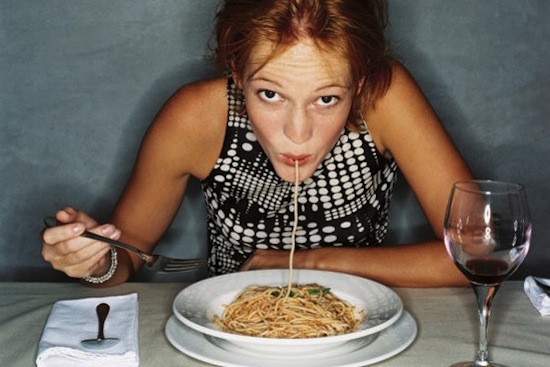 The hot commodity right now is the “gluten-free diet”. Most common amongst 20-something women, this fad diet requires a very strict appetite; cutting gluten out of your diet limits what you can eat more than any other diet out there – aside from complete starvation, that is. You don’t need to have celiac disease to take your first steps to a gluten-free life, and that’s what draws in the masses. While the immediate weight loss comes from cutting out any food containing wheat, barley, or rye, practicing dieters are ignorant to the fact that the over-priced items in the “gluten-free” aisle are loaded with more sugar and fat than all of the foods that they’re replacing. Making this diet the first on our list of ridiculous fad diets.

The baby food diet made its rounds through the modeling industry as a quick way to lose unwanted pounds. If the thought of eating mashed peas doesn’t make your stomach turn, then maybe the thought of only eating mashed foods for three square meals a day will. The baby food diet does assist in weight loss, yes, but this is only because by eating one jar of mashed [fill in the blank] per meal, you’re starving your body of necessary nutrients. A ten pound infant can live off of baby food, but nutritionists across the globe strongly urge grown adults from attempting to do so. 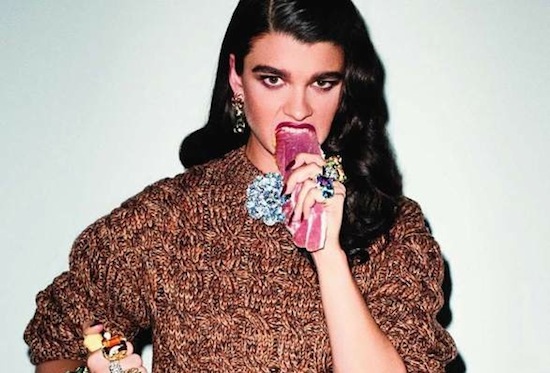 The “caveman diet” is a favorite amongst men on the runway and in the gym. The technical term for the diet is “the Paleo diet”, referencing our Paleolithic ancestors who survived by hunting and gathering their food. (Granted, not many male models are running off of the catwalk with a spear and dagger to go kill an animal, but it’s the thought that counts.) The diet encourages lean meat, seafood, lots of fruits and vegetables, and healthy fats. Additionally, an extra dose of good old fashioned exercise is an added encouragement. The downfall of this fad diet? Grains and dairy are essentially eliminated, grass-fed and free-range meats are expensive, and who really wants to work out? Many kick the diet after about a week. 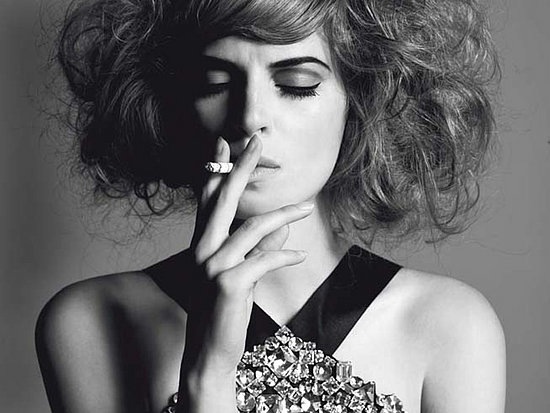 The cigarette diet: I wish that I didn’t have to go into detail as the name speaks for itself. Everyone on the face of the earth knows by now that cigarettes are one of the main sources connected to cancer – we know the health risks as they’re constantly being shouted in bright colors on billboards paid for by TheTruth.com. Two of the most famous faces in the entertainment industry – Courteney Cox and Jennifer Aniston – have openly admitted to maintaining their slender frames by chain-smoking while shooting Friends. How did they do this, you ask? Well, for many people, smoking a cigarette kills any appetite or sense of hunger as the body is intaking nicotine. By smoking regularly throughout the day, this fad diet helps to eliminate hunger by replacing it with smoke. Not the smartest diet, huh?

Although our last point isn’t so much a diet as it is a fad, keep in mind that it still as harmful as any of the aforementioned “diets”. Celebrities by the likes of Kim Kardashian and her sisters have been actively vocal about their admiration for the newest fad to hit Hollywood: the “waist training” corset. Corsets have been used since the days of Marie Antoinette to shape the body, but it’s technically always been used to shape in increments of time. Now? Women are wearing the “waist trainer” while they work out, accompanied by a “body wrap” underneath that kickstarts the sweating process. This process may not shock you when it comes from a Kardashian, but even Jessica Alba has thanked “waist training” for the loss of her baby weight. The star has stated that she “lived in a corset” after the birth of her daughter. The dangers of this process far outweigh whatever unnatural results come out of it. It has been stated by many doctors that by wearing a corset, one is constricting their internal organs thus becoming fuller faster while eating. Think about this: you are squishing your organs to feel less-hungry.

At the end of the day, Americans need to recognize the absurdity of these fad diets because, after all, your health is far more important than achieving the “ideal” body. Don’t let photoshop and sample sizes scare you – reality is that women (and men) need to put down the diet pills, take their corsets off, and take a good hard look in the mirror. Instead of following the footsteps of their impressionable peers, people need to spend more of their time and energy living healthy, exercising to stay in shape, and loving their flaws rather than risking their lives trying to eliminate them.

0
Jessica Natale September 9, 2014
No Comments Yet