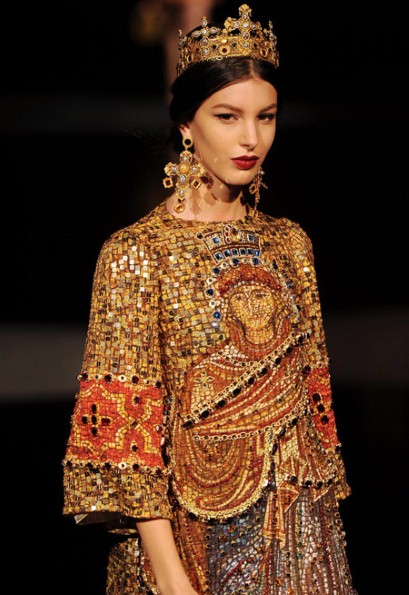 The Archbishop of Canterbury has taken aim at fashion retailers’ use of the cross. In the foreword of upcoming lent book Looking Through The Cross, Archbishop Delby claims that everyday use of the cross in clothing has devalued the symbol of sacrifice. “As a friend of mine used to say, you might as well hang a tiny golden gallows or an electric chair around your neck,” the Archbishop writes. News of the Archbishop’s stance has spread quickly, drawing a range of reaction from the public.

The Archbishop’s words come at a time when earrings, necklaces and rings featuring the cross are common accessories. Recently, high-fashion take on the cross was put forward by Dolce & Gabbana through a set of large golden cross earrings. The Archbishop of Canterbury views the ubiquity of the symbol as at odds with the cross’ history. “For those early Christians it was a badge of shame,” he writes.

For decades, the Archbishop of Canterbury has backed the publication of a yearly “Lent Book” with theological insight for followers. Looking Through The Cross is the lent book for 2014, set for publication in February. The bulk of the book is written by theological scholar Dr. Graham Tomlin, Dean of St. Mellitus College. Looking Through The Cross primarily deals in the history of the cross as a symbol for atonement. Archbishop Welby’s introduction adds a new controversy-generating angle to a book of otherwise familiar themes.

The preface laments the cross’ alleged evolution into something “more commonly seen as a symbol of beauty to hang around your neck.” The use of the cross in popular fashion is cast as a spiritual crisis. “Christianity with a powerless Cross is Christianity without a throne for Christ or an aspiration for Christians,” the Archbishop writes.

The cross has been a recurring topic used by the Archbishop as of late. On November 16, he conducted a lengthy sermon at Truro Cathedral where he described the cross as a reminder that “None of us lives as we should.” The dissonance between the Archbishop’s perspective and contemporary fashion provides one more entry in the history of clashes between the church and modern world.