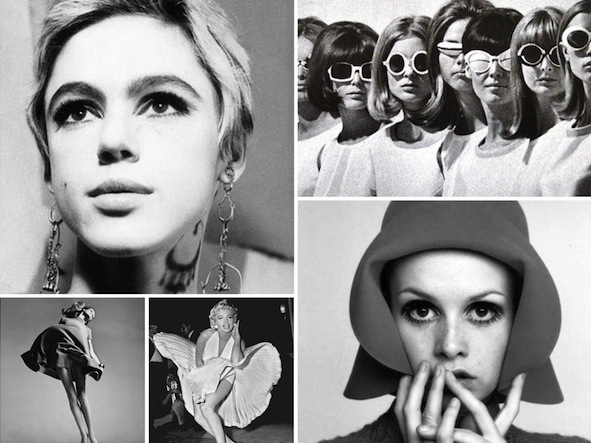 The 1960s will always be an era that is looked back on fondly for its signature fashion, its art, and its music. As of 2014, a respective half-century later, figureheads in pop culture are making  very strong references back to the ‘flower power’ age – we have Mad Men, Mumford & Sons, Diane von Furstenberg, and so many more influences. So, where do we stand as a culture that is constantly shuffling our way through trends – especially trends of the past? Taking into consideration the exuberant amount of 1960s culture making its way back into our every day lives, it is very hard to argue the comeback.

Last year, the fashion industry saw hints of 1960s walking the runways for the likes of Marc Jacobs, Louis Vuitton, and Michael Kors. It wasn’t too long after that Mad Men displayed Megan Draper in some of the chicest looks in television history. Since the 1960s saw two completely different degrees of fashion, the modern day woman needs to dissect which extreme she’s aiming for. Of course, history saw the bohemian hippie and then, on the reverse side, saw the mod city girl. (Think Twiggy vs Janis Joplin.) Fast-forward to current day and you’ll see the mod look on Alexa Chung and the bohemian look on Rachel Zoe. It can become difficult to decipher which era the looks are coming from depending on how modernized they’ve become, but the best looks that we have seen look like they’ve jumped straight out of history.

In regards to music, there are plenty of artists on the charts today that would never have even been given a chance to perform back in the 60s. Justin Bieber, Miley Cyrus, Iggy Azalea: these artists are everywhere right now, showcasing a new wave of what is sadly considered ‘music’. But, back in the 60s, it was all about the guitar, the raw vocals, and the undying talent that captured the very essence of the era. Everyone knows about Woodstock, David Bowie, Janis Joplin, Jimi Hendrix, The Beatles, Bob Dylan, The Doors, Led Zeppelin, The Rolling Stones – these names are staples within the music industry for the mark that they each made. Bands like Mumford & Sons and The Avett Brothers have brought folk-y vibes back into the industry – vibes that rely on pure talent sans any sort of auto-tune or computerized tricks. It’s becoming apparent that the younger generation has a growing interest in the 60s, so bands that can entertain without the frill are becoming more and more relevant as the days pass.

When Allen Ginsberg coined the term “flower power,” he used it as a means to transform war protests into peaceful affirmative spectacles. As a result, “hippies” of the time wore clothing emblazoned with flowers, flowers in their hair, and famously placed flowers at the ends of guns as a form of peaceful protest against violence. Today, the trend has come back in a major way with flower headbands (as seen above on Lana Del Rey) and vibrant florals.

So, with fashion and music, two of the biggest forces in our culture, taking a seat on the 60s bandwagon, the idea of a comeback seems imminent. As younger people gain insight into the idillic era in history versus todays current happenings, it will only be a matter of time before their interests shift to the peaceful, simpler times.