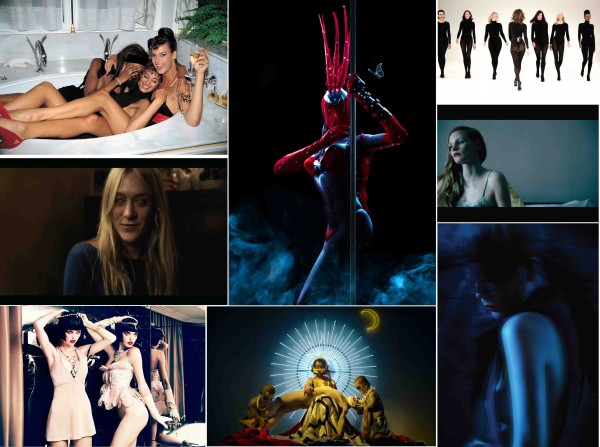 ASVOFF 7 exhibited at the Centre Pompidou in Paris on November 21, 22, and 23. This landmark three day event saw actors, designers, filmmakers, musicians, entertainers, photographers, and celebrities gather to explore the ever-evolving creative medium of film. Standing for “A Shaded View On Fashion Film,” ASVOFF is the world’s largest film festival dedicated to fashion, style, and beauty, and it continues to break new ground and forge a path forward for the fashion film genre.

The ASVOFF festival was created in 2008 by Diane Pernet, a world-renowned fashion critic and video journalist based in Paris. Previously a photographer and fashion designer, she now acts as documentary filmmaker, talent scout and fashion blogger. Pernet was one of the earliest fashion journalists to embrace the power of the internet, first through a column in online editions of Elle and Vogue and later through her own site,“A Shaded View On Fashion Film.” As the founder of the world’s first film festival dedicated to fashion, style and beauty, she is widely considered to have incubated the ‘fashion film’ from its infancy to the popular genre that it is becoming today.

In total, over 100 films were selected from submissions across 36 countries encompassing work from 6 continents. Ranging from features and documentaries to in-and-out-of-competition shorts and a selection of student films, ASVOFF’s many screenings were interspersed with a variety of conferences, performances and installations that put fashion film in the wider context of art, music and creativity.

Watch the ASVOFF7 teaser below:

This year’s professional panel kindled debate around whether digital content is truly a more liberating medium as it has fewer financial barriers. Alice Pfeiffer, journalist & critic, Abdel Bounane, founder of Amusement Magazine, editor at Canal+ and founder of a new digital platform called Bright, Eric Legendre from Variety and David Herman representing ASVOFF took part before moving on to the question: how much should success be judged on its online and off-line impact and how much on the integrity, the richness and the values of the artistic intentions behind it. A delightful master class followed with the famed illustrator of adult graphic novels, Milo Manara, who showcased how his iconic works connect with both the worlds of film and fashion. The official after-party at Club Silencio featured the pop-electro sounds of author and composer Loane.

Check out the winners below: