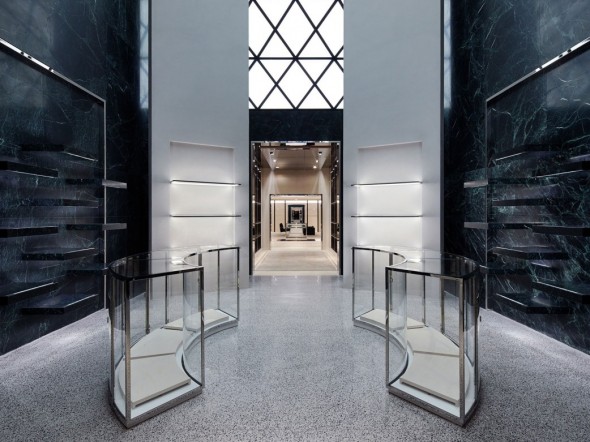 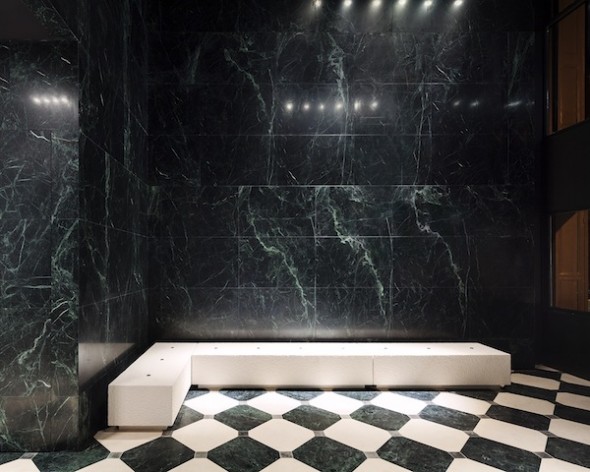 The dominant color of choice for Balenciaga’s NYC home? Green, a color palette inspired by Wang’s Fall 2013 collection for the house, pulling the darkest hunter greens from looks 26 and 27. Korban’s marble choice is called Verde Ramegiatto, which resembles cracked branches, and Wang used tactile “caviar” embroidery in the fabric for the flagship’s furnishing – also used in his gowns in the runway collection. Wang has high hopes of these fittings becoming the new icons of the house.

Balenciaga’s premium boutique resembles its haute couture house at 10 Avenue George V in Paris and the original work of Cristóbal Balenciaga. The men’s boutique is located just across Mercer Street, opening its doors this Friday. 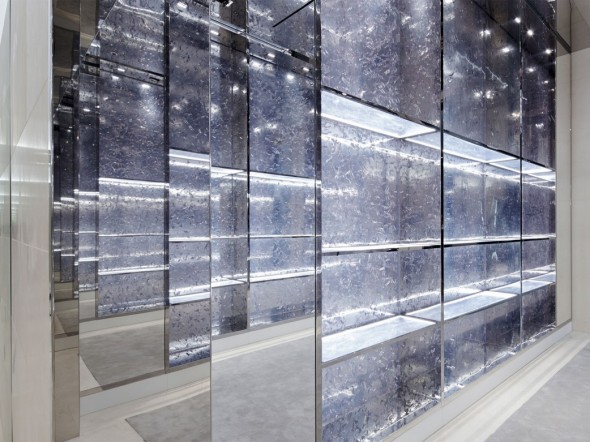