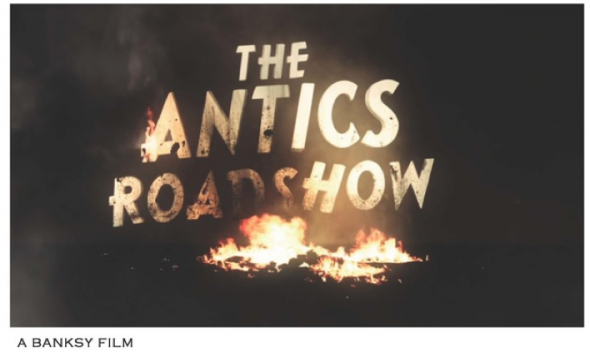 On May 2nd, Banksy presented in collaboration with Anonymous Gallery of New York an exhibit of his latest creative direction, “The Antics Roadshow”.  The screening of the mocu-drama brit t.v. style movie was presented at W.I.P on Vandam.  Walking into the club style venue, the corridors were sprinkled with graffiti style art and a variety of sculptures as well as taxidermy – including that of a wild bear having sex with a mountain goat. At first glance it appeared the Banksy screening was merely a video projection on to a face casted in a plaster like substance, with mad face paint and a variety of very 3-dimensional expressions. But there was more!  A screen appeared in front of the DJ booth, and a rather funny and unexpected video was presented, which seemed to more of a crossover of Monty Python and Jack Ass than anything to do with the art scene. Unlike his previous film Exit to the Giftshop, The Antics Roadshow presented t.v. news reportage style scenarios about random comedians breaking into Buckingham Palace, and people in bear costumes running through urban London.  Always a bit controversial, Banksy certainly keeps his avid audience guessing.

Following the screening, there was an after-party hosted by the renowned Anthony Haden-Guest and a performance by The Love Show. 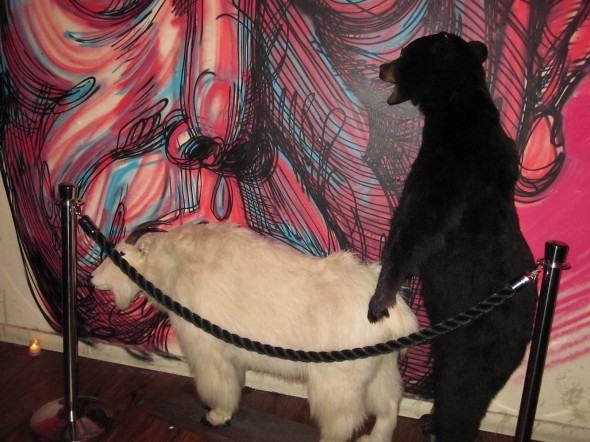 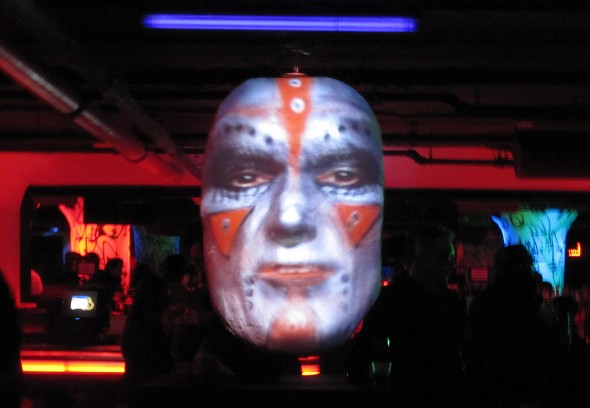