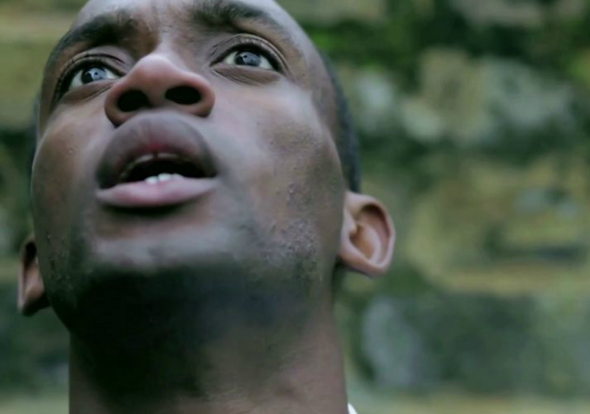 Best, a five-minute film from Surrey filmmaker William Oldroyd, was announced today as the winner of the Short Film Competition for the second Sundance London film and music festival, 25-28 April at The O2. The film will screen as part of the official Short Film Programme at the festival, and Oldroyd will receive a three-night stay at The Langham, London as well as additional prizes.

The Short Film Competition was organized by a small team of Ravensbourne College of Design and Communication students, in collaboration with Sundance London organizers, including Sundance Institute, which annually hosts the Sundance Film Festival in Park City, Utah, U.S.A. To correspond with Sundance London’s location at The O2 in Greenwich, the home of Greenwich Mean Time, short film entries focused on the concept of time: ‘The Time is Now; a story that is about being immediate and in the moment.’ Submissions between three and five minutes in length were accepted.

In Best, with one man’s wedding moments away, he and his best friend confront their future.

Oldroyd said:  “I am privileged to have my short film presented in my home city as part of this year’s festival. There is no better champion of international, emerging film makers than Sundance Institute, and I am grateful for their endorsement and support. I’m really looking forward to meeting the other participants and glad that Best will now get a wider, more diverse audience.”

Groth said: “The other jurors and I were delighted to find in Best a succinct yet moving story that so cleverly exemplifies the tagline ‘The Time is Now.’  Terrifically framed images as well as stellar performances bring to life a story that impressively manages to be tender, raw, visceral and heartbreaking in under five minutes.”

In addition to Best, finalists for the competition were: Double Take, by Sam Hodges; Fill Me In, by Sebastian Thiel; Kickoff, by Zoran Trajkovic / Pet Genius Productions; Outsiders, by William Wirrow; and What’s Past is Present, by Jason Robbins. All finalist films, includingBest, are available for immediate viewing HERE.

Extranjero, a short film from Daniel Lumb and Crinan Campbell, was the winner of last year’s Short Film Competition at the first-ever Sundance London.

Tickets for all Sundance London films, panels and music performances are now on sale HERE. Music performers include Peaches, Gregg Allman and John Paul White of The Civil Wars, and British Sea Power. The film programme, made up of 21 feature films and nine short films, includes the International, European or UK premieres of films from the 2013 Sundance Film Festival, including several award winners.