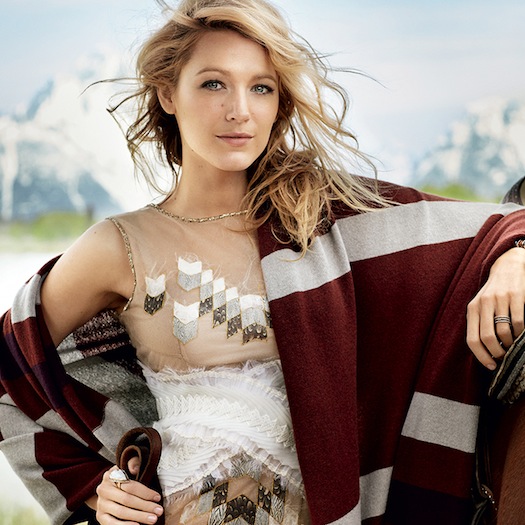 Blake Lively has officially launched a project that was two years in the making- a website called Preserve. The site is part digital magazine, part e-commerce site, part blog. Think Etsy meets Gwyneth Paltrow’s Goop. In her personally-written editor’s note, Lively calls it “people, stories, essays, videos and goods which hopefully inspire your home, your style and your tongue.” Among the goods for sale are a mix of eclectic jewelry and clothing, decor, and specialty items for the kitchen (i.e. condiments, utensils, bowls)- which is no surprise since the movie star is open about her love for cooking, baking, and entertaining.

Lively recently shared the story behind the site’s name, which involves husband Ryan Reynolds. “Florence Welch was singing at the [wedding] reception, and they brought out these sparklers, and I’m watching her sing. I look down and my wedding dress has a big burn mark from one of the sparklers. Right on the front! And it was just so heartbreaking to me. And later, my dress was hanging up and Ryan said, ‘Isn’t that beautiful?’ I said, ‘What?’ And he pointed to the burn. My heart just stopped, because it was such a sensitive little subject. And he said, ‘You’ll always remember that moment with Florence singing and the sparklers. You have that forever, right there, preserved.’ Now that’s my favorite part of the dress.”

When asked if she was worried about the inevitable comparison to Paltrow, who was mocked for her lifestyle site, Lively remains cool and calm,“I’m sure there will be plenty of people who will say horrible things. I’m sure this interview will be picked apart. But you can’t worry about it.” It is clear that despite her success, Blake remains grounded. The site itself has already been highly criticized for it’s rather unusual mix of over-priced jams and jewelry, and it remains to be seen if her fans are devoted enough to make the eccentric web launch successful.