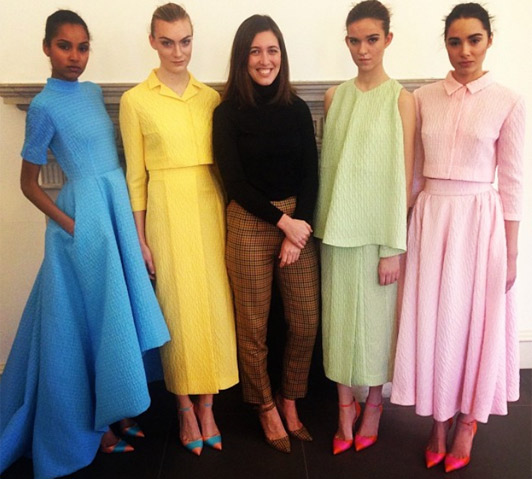 Each of the nominated designers is in a strong position to develop into a global designer brand and represents the best of London’s thriving fashion talent. The winner of the award will be announced 28th January 2014.

Alexandra Shulman, Editor of British Vogue and Chair of the Fund Committee, said about the shortlist, “I am very pleased with the names on this year’s shortlist. They are a group of considerable talent, demonstrating the wealth of ideas and creativity to be found in the fashion industry in the UK.”

The BFC/Vogue Designer Fashion Fund provides one designer with a bespoke, high level mentoring support programme over a twelve month period, as well as a £200,000 grant to provide necessary infrastructure to take them to the next stage in their business.

The Fund, now in its fifth year, is a legacy project from the BFC’s 25th anniversary celebrations. The previous winners of the fund are Erdem, Christopher Kane, Jonathan Saunders and Nicholas Kirkwood.

Caroline Rush, Chief Executive of the British Fashion Council, commented, “The BFC/Vogue Designer Fashion Fund has a proven track record of enabling British designers to make the transition from rising stars to incredible international businesses. The strength of this year’s shortlist represents a generation of talent who are ready for the financial and mentoring support The Fund offers.”

HAVE YOU VISITED THE SEVEN WONDERS?