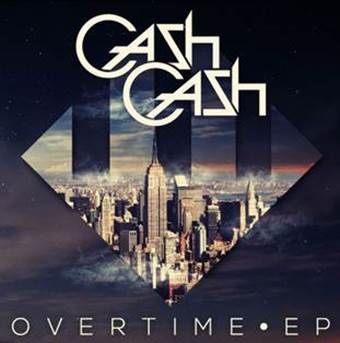 New York based production trio, Cash Cash, “has hit the ground running to become one of the most relevant names in EDM” (Dancing Astronaut)—garnering support from international DJs (Tiesto, Hardwell, Nicky Romero, Morgan Page) and pop music fans alike with their strong remixes (Showtek, ‘Booyah’ remix premiering this week, Capital Cities, Nicky Romero, Calvin Harris, Bruno Mars as well as a fresh mix of Icona Pop, “All Night” which reigned at #1 on Hype Machine); among the group’s distinctive chart-topping originals off their forthcoming “Overtime” EP out today,  October 29th on Big Beat Records.

The six-track “OVERTIME” EP includes all-original material from Cash Cash including their smash single, “Take Me Home” (ft. Bebe Rexha), which debuted in the Top #25 on Billboard’s “Dance/Electronic Songs” chart and currently ranks #1 on Billboard Dance Radio charts as well as #1 on the FMBQ charts; among other high-energy hits, including the title-track, “Overtime,” “Satellites,” a “true to form… finely crafted electro backbone with a soaring pop hook,” (Dancing Astronaut) and “Hideaway” which features “larger than life vocals”  written by Britain’s finest, Ella Eyre (previously known from her feature on Rudimental’s “Waiting All Night”), “who injects the tune with a massive dose of soul that is sure to fire up the dancefloor” (Arjan Writes).

Be sure to catch a Cash Cash set live on the road, as they play a string of North American headline club dates, among supporting slots with Krewella at Pier 94 in New York on Halloween and Timeflies.