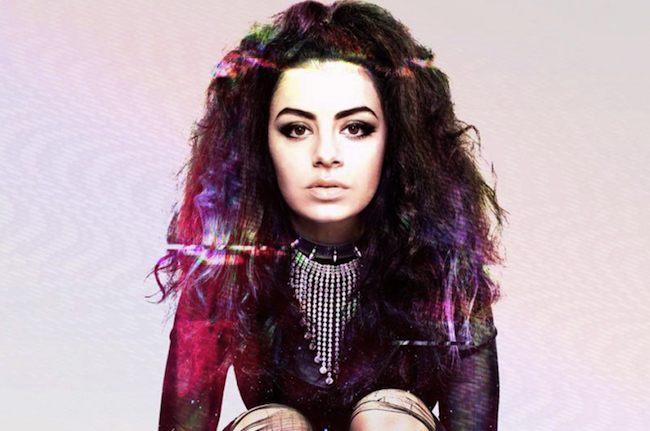 London-based singer/songwriter Charli XCX (aka Charlotte Aitchison) celebrates the success of two growing ‘song of the summer’ contenders – “Boom Clap” and Iggy Azalea “Fancy” (Ft. Charli XCX) – announcing her upcoming North American headline fall tour. Dates get underway September 26th at The Social in Orlando, Florida and then travel through late October. The singer, who is widely recognized as having vocals comparable to Gwen Stefani, was recently honored as SESAC’s 2014 “Songwriter of the Year,” for penning last year’s 2x RIAA platinum certified, “I Love It (Ft. Charli XCX),” recorded with Icona Pop.

Charli XCX and Iggy Azalea’s hit “Fancy” has been dubbed the song of the summer, and finds itself in its sixth consecutive week atop Billboard’s “Hot 100.” Celebrating the song’s overwhelming popularity, Charli XCX has joined Iggy Azalea on a wide array of high profile live performances, including the mtvU Woodie Awards 2014, the 2014 Billboard Music Awards, and ABC’s Good Morning America, NBC’s Late Night with Seth Meyers, Jimmy Kimmel Live!, and the highly rated season finale of Dancing With The Stars.

Read our exclusive interview with the rising popstar from The Untitled Magazine’s Music Issue 6, with photos by Nick Rhodes of Duran Duran. http://untitled-magazine.com/charli-xcxs-exclusive-interview-with-the-untitled-magazine

Charli XCX has quickly proven an unqualified global superstar. She made her first splash with 2011’s “Nuclear Seasons” and quickly unleashed an indelible string of singles, mixtapes, and videos, including “You’re The One” and “You (Ha Ha Ha).” “TRUE ROMANCE” – Charli’s IAMSOUND/Atlantic debut album– earned some of last year’s most rapturous reviews, with Stereogum naming it as its “Album of the Week,” stating “Charli seems to skip right across ideas and words and genre boundaries because she’s never known a world where those things get in the way.” Rolling Stone tagged Charli XCX as an “Artist to Watch,” proclaiming, “Her rhymes – all street swagger and steamy gothic heartache – flash like low-rent neon. The effect can be breathtaking.” “Her collage of pop dreams, electro flash, and diary-rage lyrics could very well create a new generation of pop stars,” wrote SPIN, while Pitchfork praised Charli XCX with their “Best New Music” stamp, “TRUE ROMANCE’ suggests she’ll be worth following for a while. On Tumblr, Instagram, and whatever comes next, sure, but musically most of all.”

With two hit singles that’ve inarguably become instant summer anthems (“Fancy” with Iggy Azalea and “Boom Clap” from The Fault In Our Stars— both of which are on the Top 10 of Billboard’s Hot 100), Charlie XCX has dropped an exciting new single called “Break the Rules” from her highly anticipated sophomore album, Sucker, slated for October 21st via Neon Gold/Atlantic Records.  Fun, catchy, and with sprinkles of pop-punk all throughout the song’s chorus and motto (“I don’t wanna go to school / I just wanna break the rules”), “Break the Rules” is sure to be another summer smash hit.

Listen to “Break the Rules” below:

Now, the newfound popstar will be headlining her own tour. Make sure to pick up your tickets here!

6 MENSWEAR TRENDS TO LOOK FOR THIS FALL