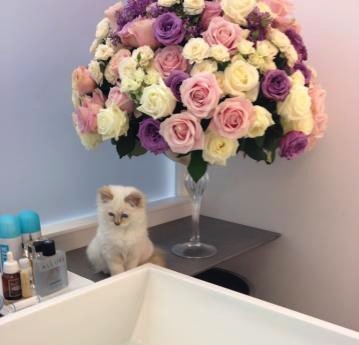 In January, Karl Lagerfeld wrote a day in the life article for Harper’s Bazaar, introducing the world for the first time to the new “kept woman” in his life, his kitten Choupette. The cat was given to Lagerfeld by his model/muse Baptiste Giabiconi around Christmas to watch for a few weeks while he was gone. However, by the end of those two weeks, Lagerfeld couldn’t bear to part with Choupette and refused to give her back. Since her illustrious debut, the internet fandom around Choupette has only grown. Earlier this month, Lagerfeld tweeted a picture of the nine-month-old Siamese cat playing on his iPad with the caption “iPet.”  According to Lagerfeld, Choupette is “a famous beauty,” with “a strong personality.” And what girl wouldn’t have a fierce personality when she’s been spoiled rotten by the man behind Chanel and Fendi. 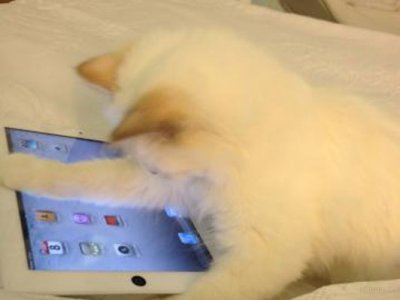 Choupette eats lunch and dinner with Kaiser Karl on the table, sleeps under a pillow, and has two personal maids, for night and day. In case that’s not enough, those maid’s have also been entrusted with keeping a diary for Choupette, chronicling everything Lagerfeld misses while he’s away, including what she ate, how she behaved and if she slept. In the six months the two have been together, the diary already covers six-hundred pages. Lagerfeld said, “I think it could be funny to make a little book of Choupette’s diary.” And with that suggestion, the Twitterverse has already gotten started making its own contributions.  Someone has started a @ChoupettesDiary Twitter, tweeting as the cat who expresses Lagerfeld-approved sentiments such as, “In my 9 months I have pawed at more Chanel than most women will see in a lifetime. I bask in your envy.” Choupette, although not even a year old, has already wooed the fashion world and claimed her crown as the chicest cat in Paris. 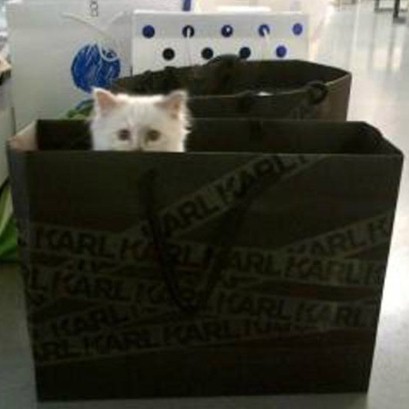