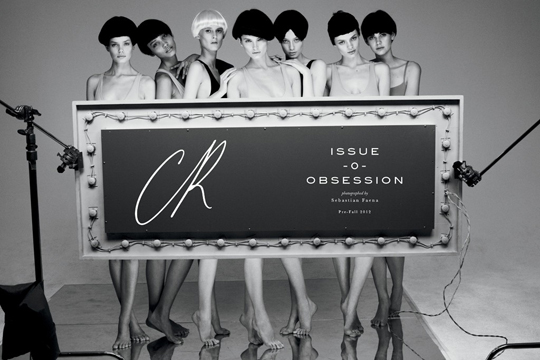 Carine Roitfeld is almost omnipresent these days, the fashion maven seems to have her hand in everything, from guest editing VMan, to publishing hew own book and curating fashion shows.  But now the former French Vogue editor-in-chief is back where she belongs at the helm of her new magazine, CR Fashion Book.  CR Fashion Book isn’t set to launch until September, but it’s already creating a huge buzz thanks to the documentary being made about the entire process leading up to the creation of the first issue.  Roitfeld, according to ScreenDaily, has given unprecedented access to director Fabien Constant. allowing him and his crew to follow her everywhere right up to the day of the magazine launch.  The documentary, which will be called Mademoiselle C., does not yet have a release date, however, Constant has confirmed that it will include interviews from Karl Lagerfeld, Tom Ford, and Donatella Versace, just to name a few.  This is the second time Roitfeld and Constant have worked together, the first being when he filmed Roitfeld attending her appointments during couture fashion week as part of a short film for W Magazine.  Mademoiselle C. is set to be this year’s The September Issue, giving an insider, “fly-on-the-wall documentary” perspective on one of the most powerful and feared woman in fashion.