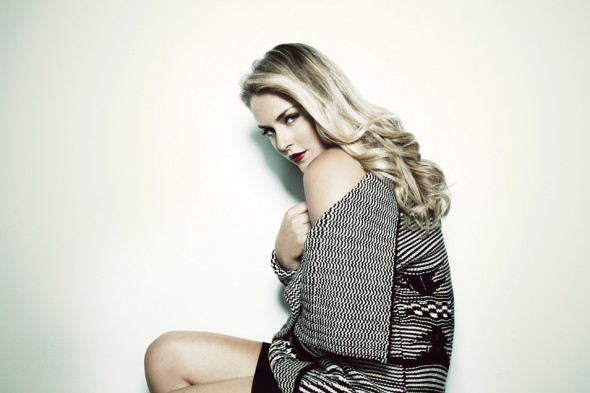 The alpine ski racer Lindsey Vonn just debuted four potential headgear looks on Facebook made by none other than Cynthia Rowley, allowing fans to vote for personally while she sails down the Sochi slopes. This is quite the fashion move for competitive athletes worldwide as they are not only strategizing in abundance for the upcoming Olympics. The alpine ski racer is the first American woman to ever earn the gold medal in the sport is collaborating with designer, Cynthia Rowley for four wintry helmet designs. Fans are able to vote for their favorites on Vonn’s Facebook page. Vonn has won six consecutive World Cup season titles in the downhill discipline, four consecutive titles in Super G and three consecutive titles in the combined.

This isn’t the first time Vonn reached out to her fans for their perspectives. During the 2010 Winter Olympics in Vancouver, she held a contest to allow one winning fan to design her headgear for the downhill race in which she won her gold. The “Speed of Light” design features peonies and pansies, painted moving in a forward direction. The “Snow Leopard” has a menacing face and the “Winged Victory” features a pink stallion. The “Go for the Gold” has the Briko helmet dressed in golden silhouettes of leaves. The Briko brand items are manufactured in Italy. You can vote for your favorite helmet on her Facebook Page. Vonn will be donning the chosen helmet during the 2014 Winter Olympic Games in Sochi, Russia.

“I wanted to find a way to involve the fans in this exciting chapter in my life,” said Vonn in a statement. “Partnering with Cynthia on the design component was such an obvious choice for me, given her talents and our friendship.”

The voting began this past Thursday, it’s already at 6K worth of votes.

Rowley added of the contest, “Kudos to Lindsey for enlisting the help of her fans on her special journey to the Olympics. I give her total credit for coming up with such a great idea where we were able to merge function with unique designs.”

THE UNTITLED MAGAZINE'S 10 PLACES TO VISIT IN 2014