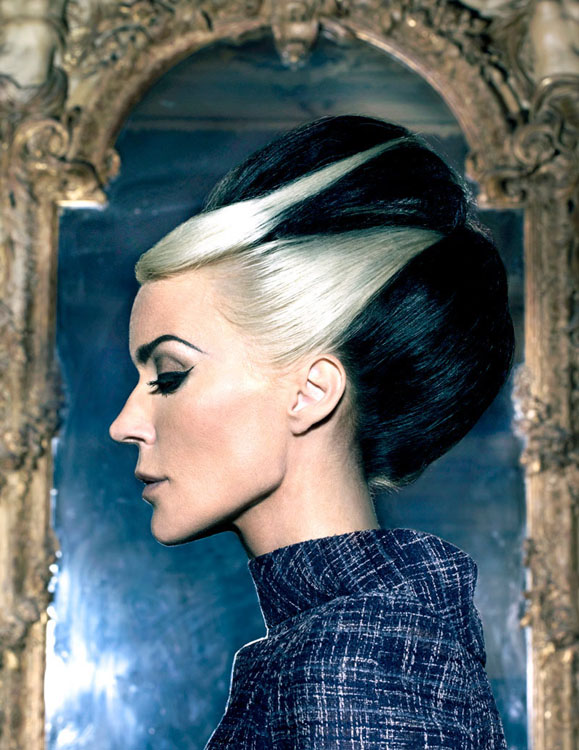 On June 27, Daphne Guinness auctioned off 102 pieces of her personal wardrobe at Christie’s Auction House in London with proceeds going to her charity the Isabella Blow Foundation. The auction was expected to raise around £100,000 or $160,000, but, in fact, ended up raising an astounding £476,800 or $742,000. Two of the auction’s items were even sold for record-breaking amounts. The biggest sale of the night was Daphne Guinness, a portrait taken by fashion photographer Mario Testino for British Vogue in 2008, raising £133,250 and setting a new world record price for Testino’s work. Guinness set another world record with an Alexander McQueen gown, accompanied by a photograph by Mat Collishaw of Guinness wearing the dress, which was also featured in UK Harper’s Bazaar earlier this year. The dress was sold for £85,250 despite its estimated worth of between 15 and 20,000 pounds.  The Daily Mail has speculated that this McQueen gown was purchased by the one and only Lady Gaga, with both the Telegraph and British Vogue confirming that she purchased a number of pieces at the auction. Later that night, Guinness also tweeted, “THANK YOU my friend Lady Gaga. You are a real person. and a great one! Your proof of friendship, your time was very touching XXXX.” All of the proceeds from this record-breaking auction will go towards Daphne Guinness’s Isabella Blow Foundation to help aid in their objective of promoting British fashion and encouraging young and aspiring art and fashion students.