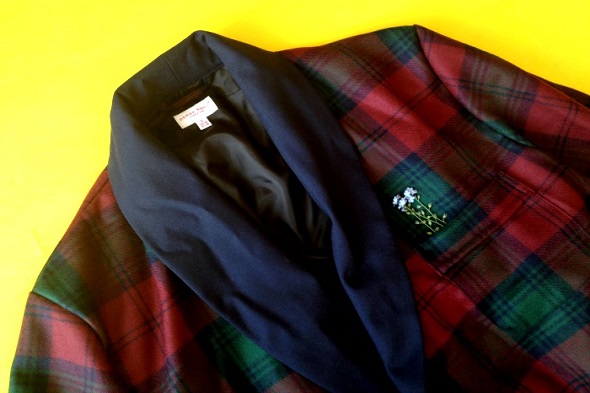 As a design house, Derek Rose has been a continual source of much needed refinement when it comes to men’s lounge and night wear. If you have seen any British or American films from the halcyon days of the 1950’s and 60’s, you will have likely seen a pair of Derek Rose pyjamas being worn by the likes of Peter Sellers and David Niven. This was the golden age of Derek Rose, when the brand reached its height of notability.

Derek Rose set a bench mark, which is yet to be surpassed by any other designer. Its raison-d’être was and continues to be creating garments which give an equal balance of functionality and style. Taking formal elements and fusing them together with the informal. Essentially, Derek Rose is for the mature of mind, and appeals to men who crave something distinguished yet relaxed.

In our current era men’s tastes in loungewear and underwear may have changed a little, but Derek Rose keeps up with shifting trends, still remaining a taste maker with they’re formula of luxurious simplicity. Derek Rose was founded in 1926, with a goal to create luxury menswear that stood the test of time.

Today, the brands ethos remains the same, as Derek Rose’ Head of Marketing Tom Parnell points out “Comfort and style has always been our aim” says Tom “The whole point of wearing Derek Rose is to feel comfortable, and to look great at the same time. In our design process, I think it’s fair to say that we’re perfectionists: our approach to launching a new product into the market is that we will only do so when we believe we have something that is best in its class. When we were launching jersey underwear for AW13, for instance, we spent the preceding two years in intensive R&D, trialling countless fabrics, fits, etc and benchmarking against every other leading brand until we were convinced that every product in the collection was better than the alternatives.”

Derek Rose’ latest collection keeps the classic elements firmly in place, for example their luxury bathrobes (£98) from the Triton 10 range are modest in appearance, but fashioned from pure cotton velour, with looped yarns on the inside. The robe gives a feeling of intense protection, as it descends down the body, almost to the floor.

This sense of modesty is again transcribed to their famous drawstring pyjama bottoms, which are carefully structured, with woven cotton and particularly masculine in pattern, ranging from cool checks to traditional stripes.

The variety of influences are particularly unique for a design house such as Derek Rose, it’s not just fashion which inspires, as Tom explains “We’re admirers of designers like Dieter Rams, for instance — and companies like Apple. We admire design that combines beauty and supreme usability. There is a strong theme of minimalism in our approach to basics (especially in underwear and loungewear). We’ll focus on details — the width of a hemline, the kind of stitching we use — as we think that our customers appreciate this in products they wear day in, day out. In our sleepwear designs, we often draw upon our immense archive of classic patterns and styles (we’ve been making pyjamas since the 1920s) and reinterpret these for a thoroughly modern taste. This may manifest itself in geometric versions of classic patterns, for instance — or, as we recently did in our Bari line, launching a pyjama executed in a fantastic Filo di Scozia jersey fabric which is incredible to wear and looks both elegant and contemporary.”

In 2014, Derek Rose is classed as a bastion of quality, and they’re not averse to trying something new either, since 2010, the brand has been concentrating more on increasing its variety of loungewear, from smoking jackets (£320) which are resplendent in traditional tartan, soft cotton sleep t-shirts, hooded tops etc. On the brands continuing success Tom says “We believe that if you always focus on making your product not just good, but outstanding — on delighting your customers by surpassing their expectations — the rest follows naturally. I think much of our success comes from the fact that we aren’t complacent. We’re pushing ourselves to innovate relentlessly, never selling a ‘good enough’ product or justifying design decisions because ‘it’s always been that way’. I think because all of us in the company love and wear the products ourselves, we are often our own most exacting critics.”

You can view their range by visiting the Derek Rose website.

FRENCH CONNECTION SALE: UP TO 60% OFF!