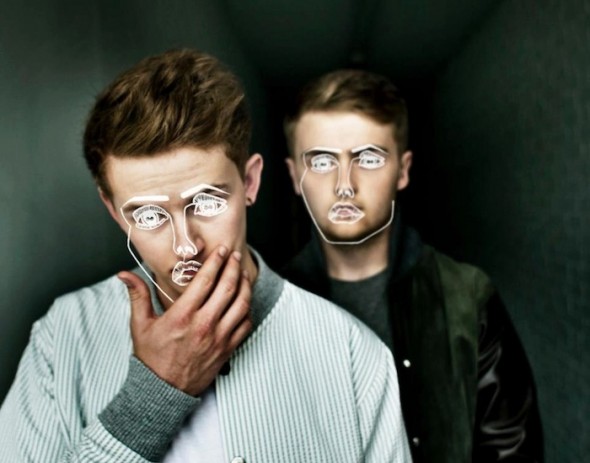 Brothers Guy and Howard Lawrence of Disclosure are at it again. Track after track, this English duo can’t seem to stop pumping out the hits, pleasing both devout electronic music followers and mainstream crowds alike. This time, the boys have teamed up with fellow Brit artist Eats Everything  (also known as Daniel Pearce) to chop and screw Disclosure’s track “F for You” featuring Mary J. Blige. The record, from Disclosure’s Grammy nominated album ‘Settle,’ was recently released on PMR Records  and is already dominating the dance charts in true Disclosure style.

The two acts have played together recently, Disclosure joining Eats Everything as a special guest at his XOYO London residency and Eats making a special appearance at Disclosure’s Alexandra Palace gig on March 8th. Having a clear fondness for each other’s work, it was only a matter of time before a remix came to fruition.  Stripped back and built around his trademark punchy house template, Eats gives the original an altogether new dimension that is sure to make waves on both the radio and in the clubs.

Buy tickets via Ticketmaster, or get up to 10% off at Tickets Now