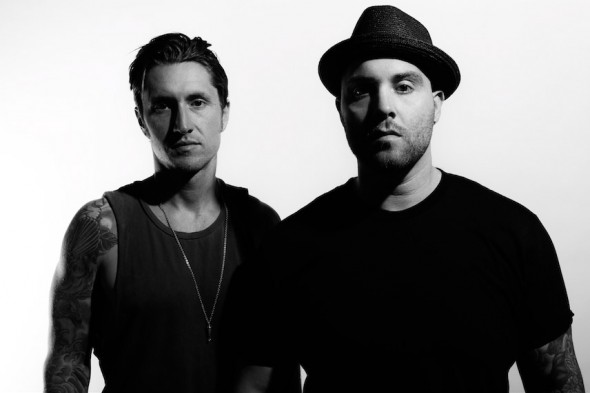 Early Morning Rebel is a three-piece LA-based Indie band comprised of vocalist Nathan James, guitarist Dustin Bath, and drummer Josh Mervin. Layering fashion into their highly stylized videos – shot, directed and edited by the band – as well as their own personal style, the trio has attracted serious attention throughout fashion media. Front row attendance at New York Fashion Week and London Fashion Week has cemented Early Morning Rebel as the go-to band for the fashion world, with Kirsten Dunst and Hedi Slimane, who the band has worked with, counted amongst the band’s fan base.

‘Life Boat’, the band’s most popular song, was brought to the forefront after being featured on an episode of hit American television series Grey’s Anatomy. Their music has since been featured on Break Out Kings, Keeping up with the Kardashians, Falling Skies, and on music channels including MTV2 and MTV Rocks UK. The band is set to continue their winning streak with a visual for the single “Hold On.”

Early Morning Rebel played live at Soho House to an intimate fashion crowd over London Fashion Week in 2012, and will be returning to the capital in January to attend select shows at London Collections: Men. They also performed at The Untitled Magazine‘s Music Issue 6 Launch Party in New York at The Box.

DEVELOPMENT OF A PROMISING FEMALE VIAGRA - CAN OUR SOCIETY HANDLE SUCH A PRODUCT?