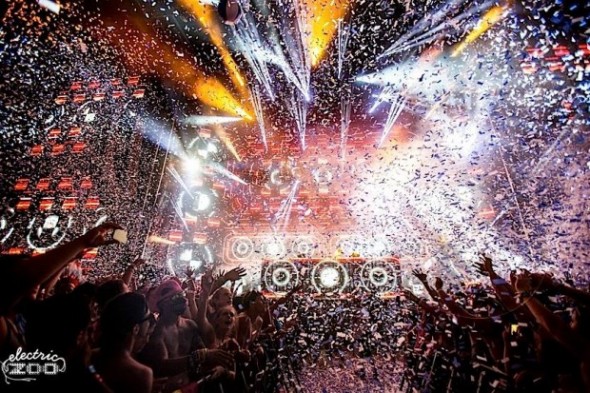 It’s a truth universally acknowledged that electronic festivals see a slew of drugs that get passed between festival-goers year after year.  But it’s a truth universally acknowledged that doesn’t quite get addressed.  And this year, Electric Zoo, one of the world’s most popular three-day electronic dance music (EDM) festivals, has released a PSA video to discourage concertgoers from resorting to drugs—particularly MDMA, often referred to as Molly or Ecstasy—to enjoy the festival.  After last year’s two drug-related deaths which cut the festival short a day, Made Event, the promoter of E-Zoo announced the launch of its “Come To Life” anti-drug campaign.

Part of the campaign is a two-minute PSA video called “The Molly” which all concertgoers must view in order to validate their wristbands to gain entrance into the Electric Zoo festival, to be held August 29-31 at Randall’s Island Park in New York City. Emmy Award-winning writer and creator of the TV series Dexter, James Manos, Jr., wrote and directed the video alongside his 19-year old daughter, Ellie Manos. “Ellie represents the target audience and she’s been to EDM concerts and seen the behavior of her peers on Molly. She was the perfect partner to help me write the spot,” the elder Manos said.

The video features a guy drenched in sweat and scrubbing his gums with what might be MDMA, yelling erratically about how stoked he is to be there.  As he’s “rolling face,” the trip grows worse and worse, until the video just cuts out.  “The Molly” might be reminiscent of middle-school PSA videos about safety precautions and drunk driving, but it’s a step forward in trying to reduce the number of reported deaths we see at EDM festivals each year.

See the video “The Molly” below:

"WHAT IF" A MODERN LOVE STORY - FILM REVIEW

0
The Untitled Magazine August 6, 2014
No Comments Yet