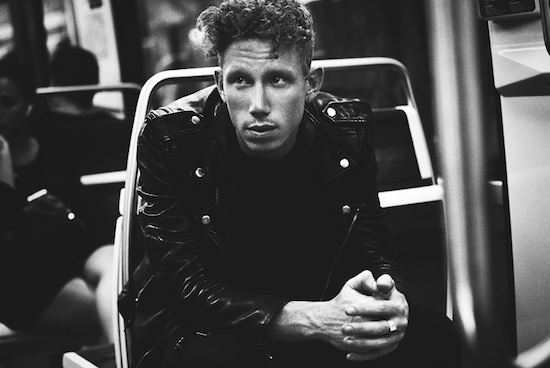 Swedish singer-songwriter Erik Hassle, who recently rocked a sold-out North American tour with U.S label mate MØ, has released an official video for his SOHN/Nick Ruth produced single “Pathetic” this week. The tune is a hit track from his EP Somebody’s Party, which was released by Record Company Ten/RCA Records.  Since its release, “Pathetic” has been remixed by various electro and R&B artists, including Vince Staples, Chrome Sparks, and Chrome Canyon. The video was directed by Ray Brady and features the Stockholm-bred singer charismatically shuffling in front of florescent backdrops, punctuated with abstract lights.  Somebody’s EP, which includes “Pathetic,” also features guests such as Chicago hip-hop artists Vic Mensa and Erik’s up-and-coming label mate Tinashe. The collection of six tracks offers an exciting glimpse of his soul-pop musical talent.

The 25-year-old boasts a number of successful singles in the U.K and European charts over the years and most recently penned the track “Can’t Remember to Forget You” for Shakira and Rihanna. Erik is currently living in Los Angeles and is working on his full-length studio album. Stay tuned for The Untitled Magazine‘s exclusive interview and photo shoot with the musician releasing in August!

See his new video for “Pathetic” below: