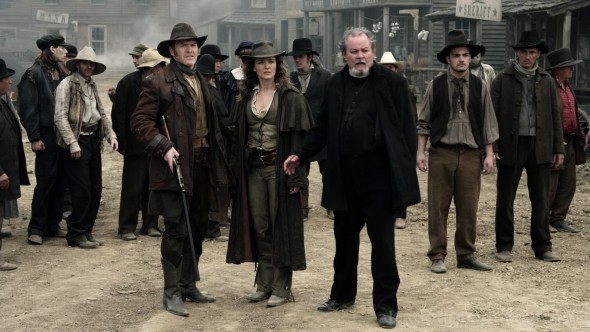 If you’d like to see TV or film production up close, nothing beats spending a day or two on a working set as a background actor, or, like they say in Los Angeles, an ‘extra.’ Acting experience isn’t required, but it helps–along with a quick trigger finger for the ‘send’ button on your computer or smartphone. Background acting jobs are posted and often quickly filled online.

Still, this is a time-tested place to start in show business: Marilyn Monroe, Ben Affleck, Clint Eastwood, Renee Zellweger, Brad Pitt, Megan Fox and Sylvester Stallone were all flashes on the screen before cameras flashed at them.

The real coup comes when background actors are upgraded to a tiny speaking role, like shouting “It’s a plane!” after someone else yells “It’s a bird!”

Upgrades are paid more–and they may even be eligible for a tiny slice of residual income.

Etcoff has placed background and principal actors in many movies, including 2 Days in New York, Shamed, and Whatever Works, as well as recent TV productions like The Good Wife, The Jinx, Bar Karma and Starved. She doesn’t pull punches. “You’ve got to work at it. Many nonunion extras drop out. Starting out, you might earn $110 for a ten to fourteen hour day. If you stick with it long enough to earn a SAG-AFTRA card, you can make $300 to $400 or more in one day.”

For some non-union job conditions can be dicey, and actors need to earn a union card from the Screen Actors Guild‐American Federation of Television and Radio Artists, SAG-AFTRA, if they’re going to do more than dabble.

For some people, being a background actor is front and center for their livelihoods.

Background actor Pam Prichard is a real pro. She’s been at this for a couple of decades. “It’s called show business for a reason,” Prichard says. “I show up with my hair and makeup ready, and with the wardrobe they’ve asked for–along with a few options, often lugged on the subway.” Prichard hounds thrift shops for formal attire, scrubs, period clothing, anything that will give her an edge–and it doesn’t hurt that she has a theater degree from Adelphi University, and as Prichard puts it, “one of those faces.”

As a result of her education, experience and hard work, Prichard has been in dozens of productions, like Boardwalk Empire, 30 Rock, The Knick, The Big C… “You don’t want to play a corpse in a long-running show like Law and Order,” Prichard laughs, “because “once you’re dead, you’re done.”

Prichard is grateful for her acting career. She gets to work with some very creative people and has had memorable experiences. For Liam Neeson’s Non-Stop, she was relegated to an airline seat for weeks on end. Years ago, after Kevin Kline’s In and Out wrapped, someone decided to film an outdoor wedding reception to run under the credits. For nineteen hours, Prichard partied, dancing a conga line with Debbie Reynolds and Bob Newhart. 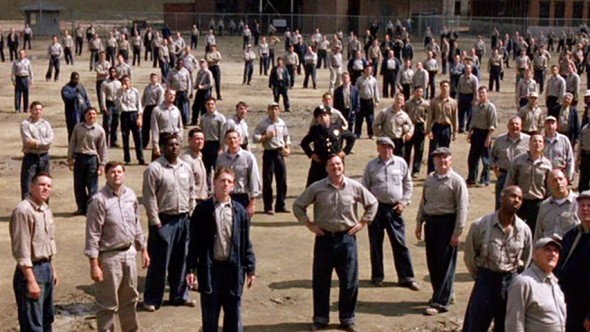 Mark Hamlet, veteran of stage and screen, has two pieces of advice: don’t out Catherine Zeta-Jones in Midtown, and never make a deal with God while you’re riding on a bus.

Awhile back, when Hamlet nodded at Zeta-Jones in a floppy hat disguise, the A-list actress thanked him with a sigh as they passed on the street. “For a second, she looked worried that I’d out her,” Hamlet says. “Being famous isn’t always fun.”

On the way to his first movie gig, the movie 9 1/2 Weeks, Hamlet remembers making a sincere plea. I could spend the rest of my life doing this.

It’s been nearly thirty years: at times, he wishes he’d been a little more specific.

This Hamlet might not be a household name, but he gets his share of double-takes in New York City. For a popular background actor, “Hey, do I know you?” might not be a smarmy pickup line; it could be a fan’s synapses trying to connect a face with a place. 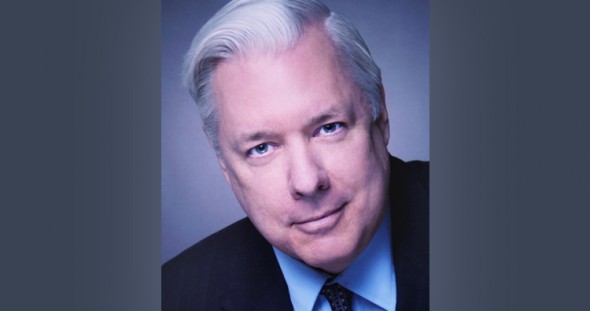 If the silver-haired Hamlet has a familiar face, it’s no surprise: this year, he’s everywhere. In one busy June week, he worked four TV shows: Person of Interest, Blue Bloods, Girls and The Affair. He’s got speaking roles in three movies set for release in 2015: Asockalypse!, Completely Normal, and Circle.

“Most casting calls are listed between 3 and 11 p.m.,” Hamlet says. When he’s not working, he checks his phone every hour during that time window. If he’s quick, and they like his looks and credentials, twelve to 24 hours later, Hamlet’s on set. “Casting calls fill quickly,” he warns. “You got maybe three minutes to get the best shot at a job.”

It helps that Hamlet swims, plays tennis and darts, shoots pool, and has a convincing array of accents, including Cockney, Yiddish, German, French and Southern. “Requests for background actors often specify younger people,” Hamlet, 61, sighs. “Women unfairly age out at a much faster rate than men.” 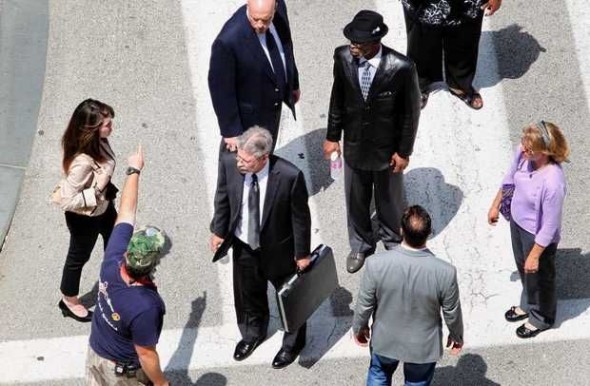 Want Your Name in Lights?

If that’s your goal, don’t apply for work as a background actor…and unless you’re upgraded to interact with a principal actor, don’t bother looking for your name when the credits roll…Instead, get ready for rolling eyes when you point yourself out (again!) to friends who just want to kick back and watch a rerun of Blue Bloods.

*Invest in a headshot or two from a professional photographer.

*Have your stats, including clothing, shoe and hat sizes on your information sheet.

*Register with many agencies and check their social media websites and/or telephone updates regularly (see below).

*Mention special skills, hobbies, dialects and interests on your resume.

*Keep an updated, downloaded resume on your phone. Keep your phone with you.

*Respond to casting calls within minutes, if possible.

*It doesn’t hurt to have a few ‘period’ or ‘character’ photos uploaded to your phone so you’ll be considered for niche roles. Check thift shops for cheap costumes.

*If you turn down a job, you are less likely to be called again.

*Understand that the hours are likely to be challenging. Shoots can run late and travel delays can be a problem. If in doubt, don’t double-book.

*Don’t just be on time, be a little early, be ready…and be ready to wait.

*While legitimate acting and business classes are a good idea, never pay someone who promises to get you a gig as an extra. Most websites and postings are free.

*If you expect to do background work for a living, when you are not at work, expect to be looking for work.

*It’s okay to bring a book, etc., but leave the headphones at home: jump when you’re called.

*Do not interact with people trying to do their jobs. It’s bad form to ask for autographs, etc.

*Collect vouchers to earn membership in SAG-AFTRA, the actor’s union. You’ll need three vouchers, and you can get them from three days’ work on the same project, if you are very lucky, or three separate projects. Vouchers do not expire.

*Since nearly every television show must have at least 25 union members on set, if the shoot runs shy of the required number, a favored background player may be lucky enough to earn a voucher, making that person a ‘de facto’ union player that day.

*Once you are a union player, you are not allowed to work on a nonunion set.

*Busy seasons are from October to mid-December and January through April. 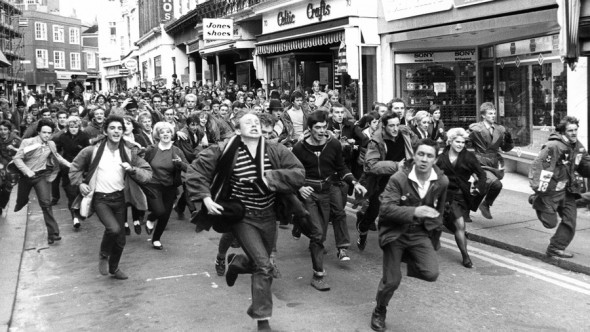 ACTOR’S CONNECTION: (https://www.actorsconnection.com/casting.php). Pick this essential publication up at newsstands all over the City.

CENTRAL CASTING (http://www.centralcasting.com/). A bi-coastal agency. Check their Twitter Feed (https://twitter.com/CCNYEXTRAS). Callers are sternly reminded not to press option #4 on their automated phone message unless a ball of flame is about to hit Planet Earth.

– Article by Claire Baiz for The Untitled Magazine