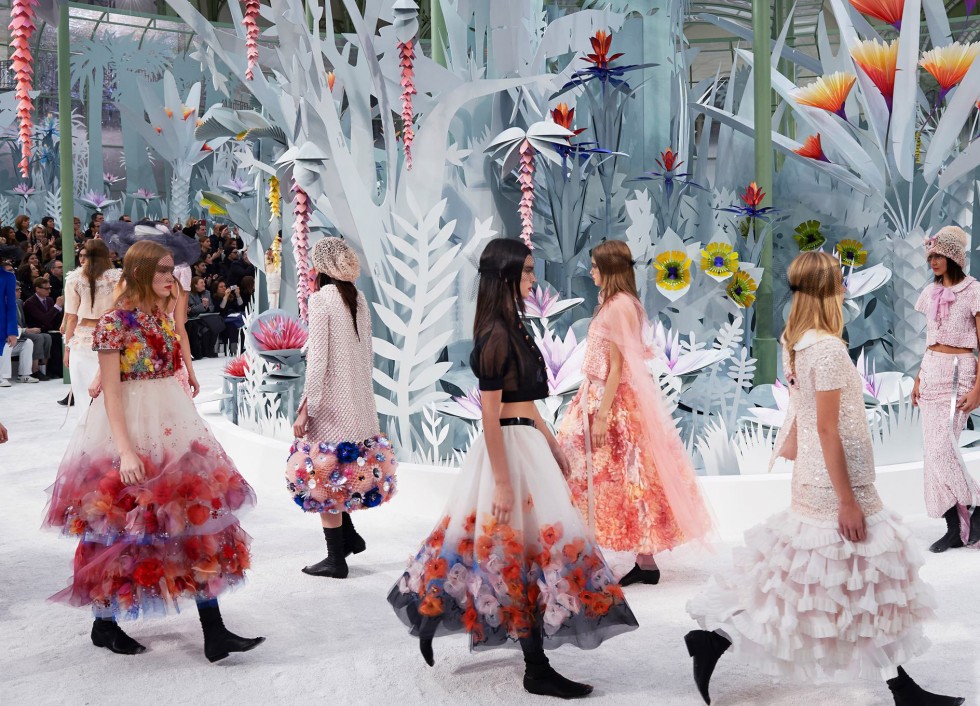 Chanel’s Spring 2015 haute couture warmed the Paris runway with floral-printed cropped jackets and tops paired over low-waisted tutus and pencil skirts accented with low-heeled black boots. After a controversial and harsh faux feminist protest during his Chanel Spring/Summer 2015 ready-to-wear collection, Karl Lagerfeld contrasted the drama with a return to a pretty, feminine softness in his haute couture. 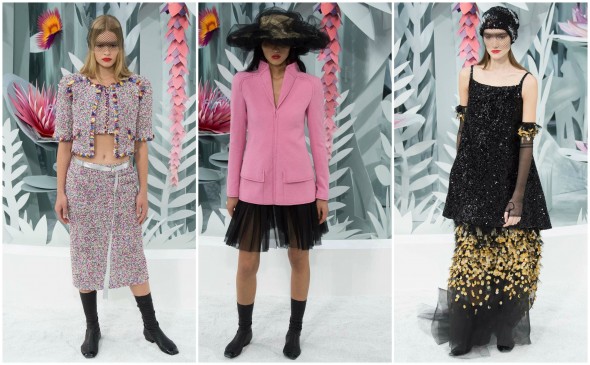 The classic Chanel suit was given a youthful glow with bared midriffs. (“The stomach is free. It’s the new cleavage,” Lagerfeld said during a preview.) Black and white looks along with leather boots and accessories accented the softness of floral embroidery and soft spring tweeds. The transformation of the collection from his dramatic gimmick at the ready-to-wear was a reminder of Lagerfeld’s knack for reinvention. While feminine florals dominated Chanel, in comparison the Dior show was 1960s inspired, retro from a modern viewpoint.

The Chanel conservatory was planted with a mechanical garden that blossomed origami flowers, powered by 300 machines underfoot which took six months to create. It was reminiscent of Chanel’s spring 2009 couture show, where Lagerfeld decorated with large-scale white paper flowers, yet bolder, younger, and more eclectic. Presented on a perfectly matched set, the looks were above all  convincingly wearable: modern and forward-thinking with classic refinement.