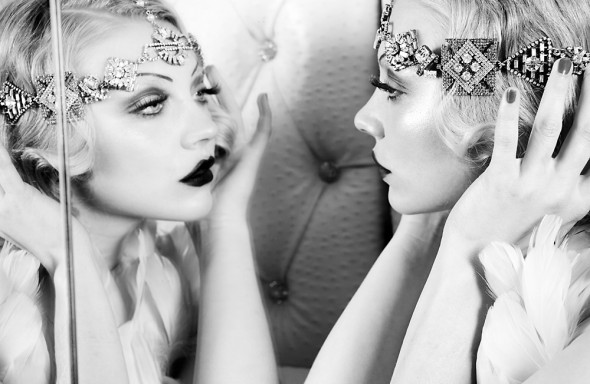 Natalie Dormer’s ethereal persona took the world by storm with her appearance as Queen Anne Boleyn in the Showtime series The Tudors alongside Jonathan Rhys Meyers. The actress admits this was a breakthrough for her, though she is also known for her role in the 2005 film Casanova and her more recent appearance in the wildly popular HBO series Game Of Thrones. She is currently filming the third season of Game of Thrones and has a starring role in the upcoming French inide film, A Long Way From Home.

The Untitled Magazine asked the 31-year-old Brit some questions about how she got to where she is today:

With a lot of perseverance.

Anne Boleyn in The Tudors

I love the image at the post-coital moment in Reine Margot when theyʼre standing together, naked, wrapped in a red blanket over looking a melancholy landscape; Fearful for their lives and each otherʼs. So sexy.

Sadly, the position is still vacant. Would love to cross paths with one.

If you could be any other actor who would it be?

What was the most difficult scene in your career and how did you handle it?

I once shot an underwater car crash scene. We had scuba tanks and shot all day in a stupidly cold swimming pool. I was freezing and Iʼm not good at being cold. It was a relief when the DP pointed out that my lips were blue and we should probably take a break. The thought of hot whiskey probably got me through.

Iʼve always loved Alexander McQueen and Vivienne Westwood. The burgeoning talent Nicholas Oakwell recently explained the genius of Charles James to me. Iʼm very disappointed that Iʼll miss Oakwellʼs show on the 26th June as Iʼm away shooting. And Dolce & Gabbana always know how to make a woman feel like a woman.

Lee Miller. Iʼm fascinated by the woman as much as the photography. Sheʼs relevant to this shoot today too, being originally a Vogue model in the ‘20s and starring in Jean Cocteauʼs Le Sang d’un Poète in 1930. Then she stepped the other side of the camera. She become one of the Surrealists, mentored by Man Ray and her portraits of some of the greatest artists of the 20th century such as Picasso, are wonderful. She then became probably the only female war photographer in the field during WWII (for Vogue) and took some astonishing images.

“Love is action” (meaning love is shown in what you do, not by what you say).

The magic of being emerged in a visual story that transports you momentarily, completely away from your own life.

Iʼm shooting a lovely little independent in France opposite James Fox called A Long Way from Home for the next few weeks and then I start the third Season of Game of Thrones.

JOE DEMPSIE ON SKINS, GAMES OF THRONES, AND NAVIGATING THE SPACE BETWEEN COMEDY & DRAMA