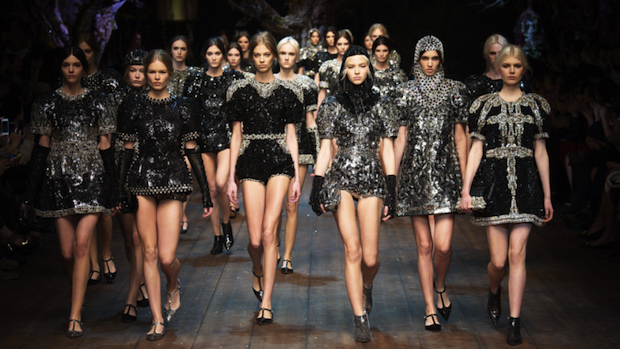 Milan Fashion Week gave us chic, sassy shows as well as the debut of Jeremy Scott’s first collection for Moschino. Whether we were seeing colored furs or McDonald’s dresses, Italy gave us quick, fast-paced fashion. The Untitled Magazine has put together some standout pieces from the runways! 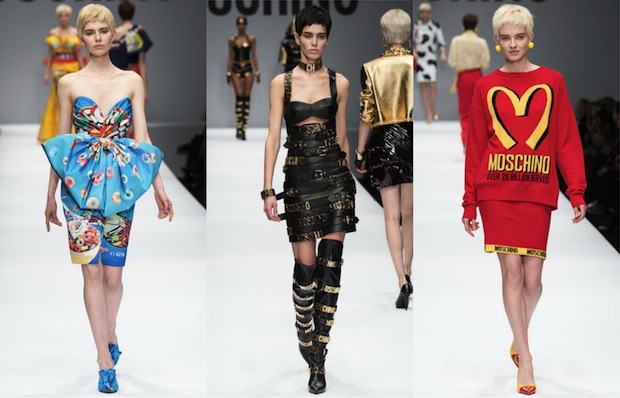 Moschino, like it or not, is now under the creative hand of Jeremy Scott who gave us his take on “fast-paced fashion” by dressing his models in what could be considered ‘tacky’ ensembles. Despite mixed reviews on the line, the designer stole the headlines. 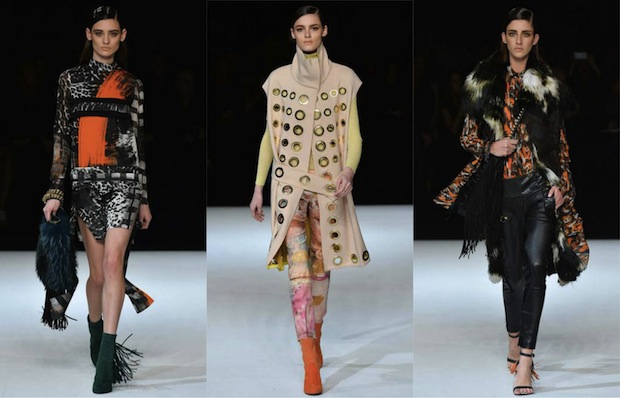 Just Cavalli kept things fresh with funky, eclectic prints and designs. Nothing grabs our attention more than a pair of emerald green fringed booties mixed with animal prints and fur! 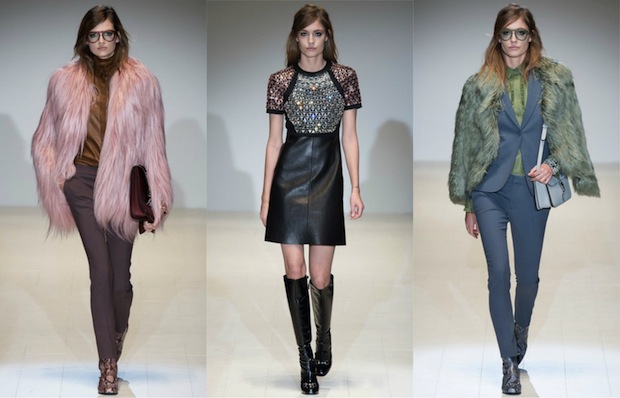 Gucci premiered the trend of the season with colored fur. Soft pastel furs are going to be everywhere this coming fall – take our word for it. 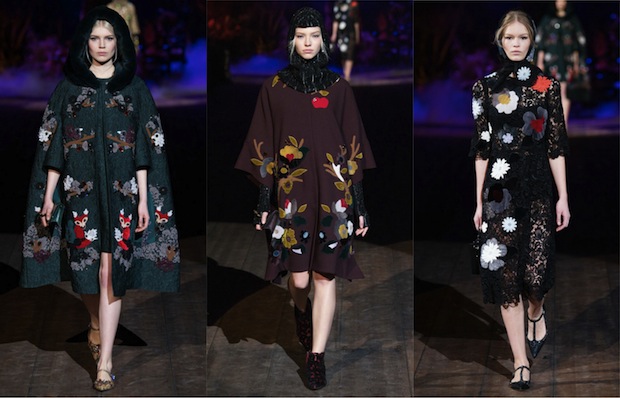 Dolce & Gabbana have reinvented your grandmother’s wardrobe! Based on their Milan collection, you’re going to want to hold onto any embroidered piece that you can get your hands on for the fall. 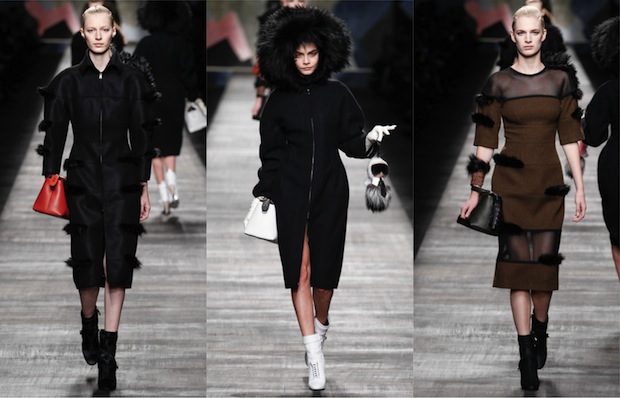 Fendi created a miniature Karl Lagerfeld bag that has every fashionista talking! Their edgy show along with Cara Delevigne holding mini-Karl was one of the biggest hits of the week.

Check out some of the shows from Milan Fashion Week below: