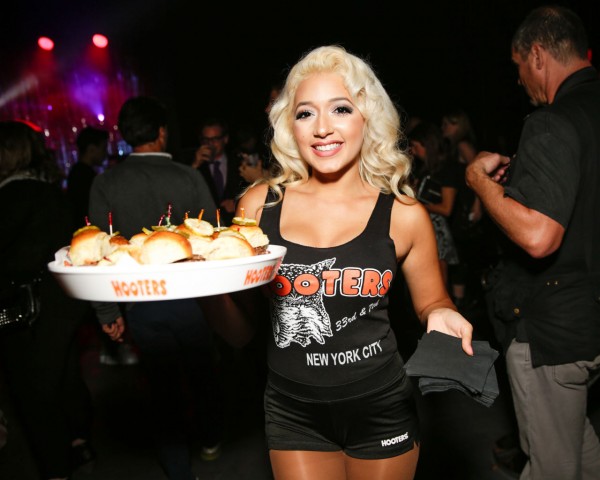 For his Spring 2016 Ready to Wear show, Alexander Wang showed club kids looks with 90s aestheticism, themes also references by Jeremy Scott and Rag & Bone. Yet it’s not the runway show grabbing headlines, but the controversial Hooters and stripper-themed after-party, that in a year marked by feminism and girl power, seemed not only like a poor PR move, but outright tacky. Celebrating his ten-year anniversary, the party was inspired by infamous Miami gentleman’s club King of Diamonds. Catered by Hooters, signature waitresses in tiny-tees and big hair passed out sliders to guests.