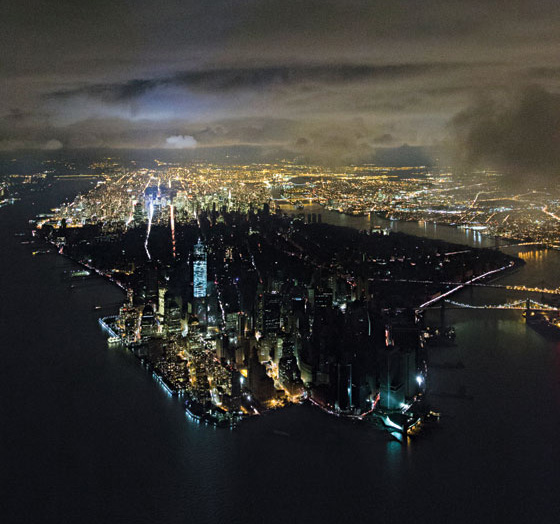 Hurricane Sandy – Downtown in the Dark

After days of uneasy prediction and pleas of preparation, Hurricane Sandy came and went, hitting New York City on October 29 and leaving a path of devastation in some parts, while leaving other boroughs remarkably untouched. For those Uptown, the storm felt a world away, as distant a reality as watching it from the west coast; for Downtown denizens, as well as those located upstate, the storm’s aftereffects are still alarmingly present, with hundreds of thousands displaced and looking for answers. Over 1.3 Million people were without electricity on the East Coast as a result of the storm, which is the largest Atlantic hurricane on record.

The days following the storm created two starkly different types of storm affectees: the devastated and the inconvenienced. With all of downtown Manhattan engulfed in an almost week long blackout, we here at The Untitled Magazine found ourselves also victims of Sandy, with our location in TriBeCa one of the heavily affected areas. Despite that putting a major dent in achieving our deadlines, we’re still amongst the lucky ones. As of November 7, the death toll is said to have reached 110, with over 40,000 New York residents still displaced, with no housing, and a shortage of food and water looming as inevitability. To top it off there have been many other unforeseen repercussions such as the fuel shortage, as many gas stations have run dry for almost four days and counting. 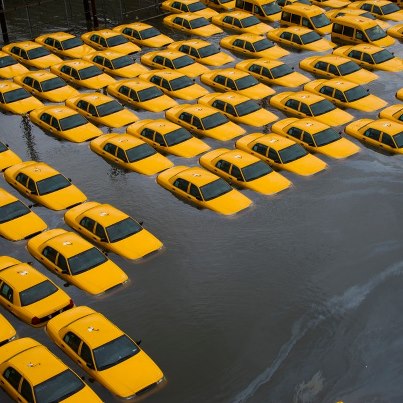 In the days following the storm, it was reported that 95,000 people were eligible for the city’s emergency housing. By the time the evacuations were complete and a post-storm assessment was released, 277,000 people had registered for emergency relief—almost three times more than predicted. The subways were deemed inactive for a majority of the week; the lines to and from Brooklyn didn’t return until that Sunday, with the G trains restarting over a week after the fact.

And as New Yorkers pick up the pieces, some of the storm’s biggest ramifications were seen in the following days. The city halted many of its most infamous traditions, citing the reason to be both logistics and out of allegiance with the thousands unable to ring in the gradual inching of the holidays. The New York City Marathon was officially cancelled on November 2, with Mayor Bloomberg made an officially announcement the following day. This marks the first time the marathon has ever been cancelled in its 42-year history. The same proved true for the infamous village Halloween, which was cancelled for the first time in 39 years, citing unmanageable roads mere days after Sandy. 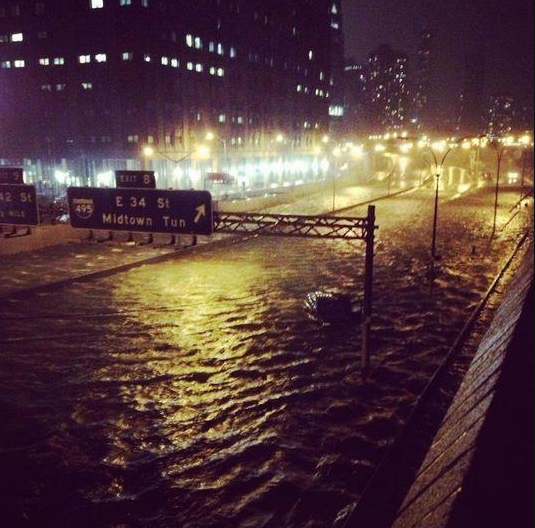 Now, in the aftermath of the election, Sandy’s force is more visible than ever. Many are citing newly reelected President Obama’s immediate reaction to the storm as a big factor in his narrow victory. New Jersey Governor Chris Christie, a staunch Republican who, over the course of election season, had become one of Governor Mitt Romney’s fiercest campaigners, worked closely with the President in the days following the storm. Obama’s role in relief efforts didn’t go unnoticed, with the Governor heaping praise when making public statements regarding the President’s help in post-storm clean up. This, coupled with Governor Romney’s wishy-washy stance on decreasing funding for FEMA, is said to have been a major player in a too-often narrow election.

Clean up has yet to be completed in its entirety, and many are still feeling the devastation of a storm that has many calling for reevaluations on the country’s environmental priorities. New York has been through many hardships; it has endured more than its fare share of hurdles, yet it proved the old adage to be true: if you can make it here, you can make it anywhere.

0
The Untitled Magazine November 7, 2012
No Comments Yet