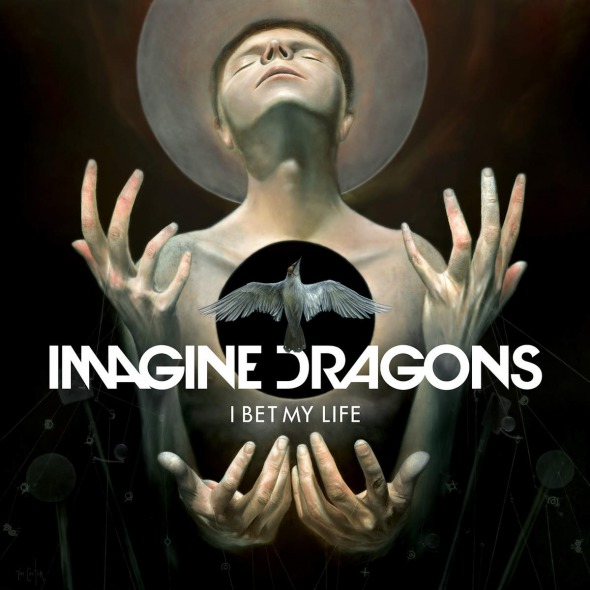 Multi-platinum, Grammy Award-winning rock band Imagine Dragons have released their brand-new single, “I Bet My Life.” The track is available now for digital download and streaming via digital subscription services. Written and produced by Imagine Dragons, “I Bet My Life” is the first music to be released from the Las Vegas quartet’s upcoming second album, which will be released by KIDinaKORNER/Interscope Records in 2015.

Formed in 2009 by Reynolds, guitarist Wayne Sermon, bassist Ben McKee, and drummer Daniel Platzman, Imagine Dragons earned a grassroots following by independently releasing a series of EPs. After signing to the KIDinaKORNER/Interscope label, the band made its major-label debut with the release of Continued Silence, a 2012 EP featuring the 2x platinum breakthrough single “It’s Time.” The band’s double-platinum album Night Visions arrived later that year and Imagine Dragons found themselves on a skyward trajectory that saw the album debut at No. 2 on the Billboard Top 200 Albums chart, sell nearly four million copies worldwide, and become the No. 1 album on Spotify Worldwide for 2013.

Look out for their upcoming album, due out early next year. Meanwhile, listen to “I Bet My Life” below.