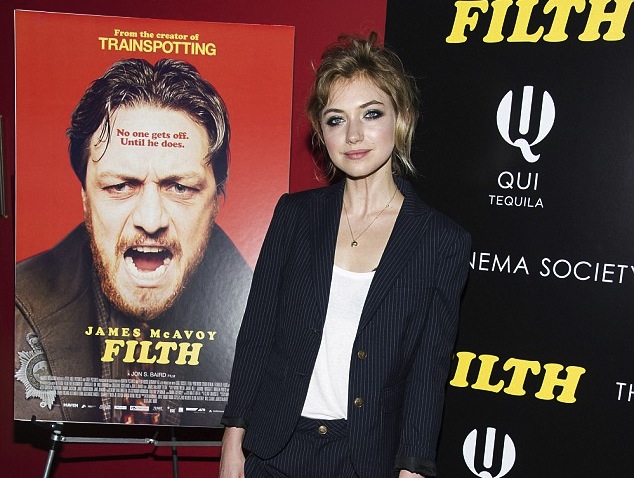 The Untitled Magazine‘s Issue 7 cover girl, Imogen Poots, stars in the new psychological thriller Filth. On May 19th, Poots joined her co-star James McAvoy and a slew of film critics at a screening which took place at Landmark Sunshine Cinemas in New York City’s East Village.

Filth follows the downward spiral of a corrupt cop with dark humor and psychological themes a la Trainspotting (which, of course, is the sister-film.) Critics are praising the film with author Irvine Welsh calling McAvoy’s performance “better than De Niro’s in Taxi Driver.” Poots has also received praise for her performance, which tacks on to her ever-expanding resume. Just this year alone, the actress has appeared in three films on the big screen, working alongside the likes of Zac Efron and Aaron Paul.

Excerpt from The Untitled Magazine‘s interview with Imogen Poots:

“If something is complex or challenging, it’s actually extremely valuable.” The effortlessly stunning actress Imogen Poots has, in the infancy of her career, made a point of choosing work that is exactly that: complex and challenging. The result has been a diverse filmography that shows no real sign of slowing down – which is exactly how Imogen likes it. She started the year starring alongside Zac Efron in the romantic comedy That Awkward Moment. This Spring, she co-starred with Breaking Bad’s Aaron Paul in not one, but two films: the action thriller Need for Speed and Pascal Chaumeil’s A Long Way Down. Later this year, she will appear alongside Christian Bale in the highly-anticipated new Malick film, Knight of Cups.”

Pre-order your copy of The “Legendary” Issue here or purchase at retail locations worldwide! 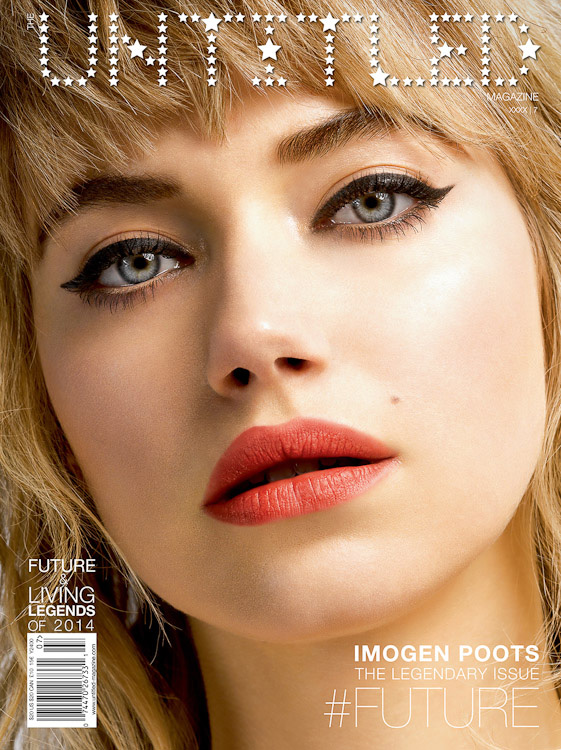