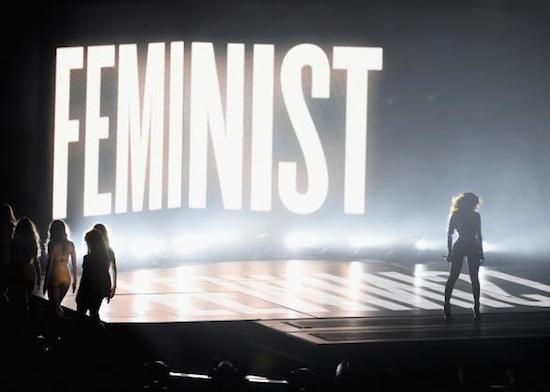 On August 24th, 2014, the MTV Video Music Awards turned 30 years old in Los Angeles. Unlike other awards ceremonies, which air with little to no scandal, the VMAs boast a long history of scandalous moments. There was that time Courtney Love chucked a shoe at Madonna on stage. And what about that time Madonna swapped saliva with both Britney Spears and Christina Aguilera during a rendition of “Like A Virgin”? We also can’t forget when Kanye West stole the mic from Taylor Swift when she won Best Female Video, and gave an unwarranted two cents on the matter: “I’ma let you finish, but Beyonce had the best video of all time”! This was the same year Beyonce unleashed the most ubiquitous girl-power anthem of 2009, “Single Ladies”. Perhaps because MTV’s demographics are for a younger crowd, the VMAs never fail to air without some sort of shock or controversy that ends up headlining every major internet blog before the sun’s even up. What were this year’s shocking moments? To our surprise, nothing too scandalous happened. Probably because this year’s ceremony was clearly all about female-empowerment. An unexpected, but no less rewarding surprise.

Women won 62% of the nominations at this year’s VMAs. That’s 10/16 awards. And although that might not seem like a clear and cut win for our pop princesses, it still means something that women won more awards this year than previously. So it goes without saying that women totally dominated this year’s VMAs, and what a refreshing thing to see after last year’s terribly lurid stunt that Miley Cyrus and Robin Thicke pulled. With performances from Charli XCX, Ariana Grande, Nicki Minaj, Jesse J, Iggy Azalea, Taylor Swift, and of course, the incredibly anticipated 16-minute set from Beyonce, it was obvious that the night belonged to these women. These women, who are behind so many of this year’s hit songs. See some of the highlights below: 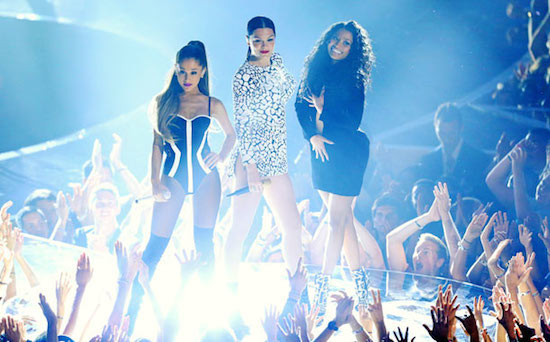 The night kicked off with Ariana Grande, Nicki Minaj, and Jessie J, as each artist performed some of their own music, only to come together at the end for a trifecta performance of their recent collaboration, “Bang Bang.” Although Nicki seemed to have had a wardrobe change issue, she held tightly onto her unzipped dress and paraded around the stage with dexterity and poise, paying no attention to how the front of her dress was just split-open. 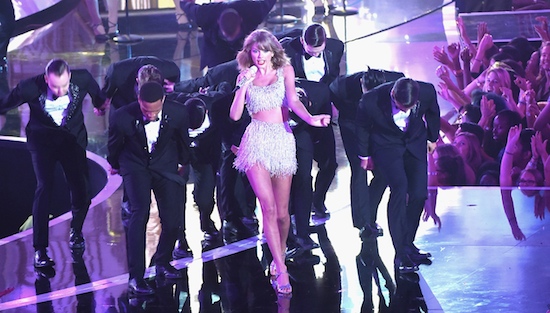 The next performer was none other than Taylor Swift, who was introduced by fellow friend and pop icon Lorde. Swift released “Shake It Off,” the first single of her anticipated new album out in October. “Shake It Off” introduced us to a whole new sound from our country-pop, guitar-strumming singer/songwriter; it sparkles with all things pop. Shimmying across the stage in a glittery 2-piece made of fringe, Swift belted her girl-power anthem alongside lads in suits, referring to Marilyn Monroe’s Diamonds Are A Girl’s Best Friend. Not so coincidentally, after Swift’s performance, Clean & Clear aired a commercial that echoes the same theme of “Shake It Off.” Stealing from the facial wash’s current tagline, “I”m not afraid to show the real me.” 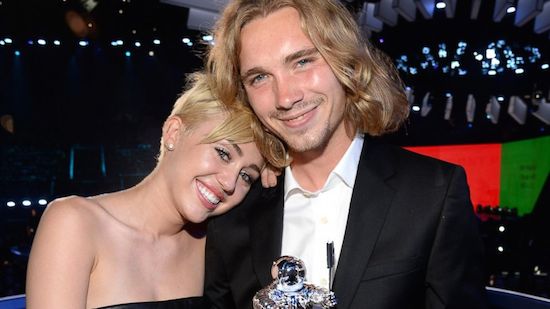 So this next one was actually a little shocking: as if she’d done a complete 180, when Miley Cyrus won Video of the Year for “Wrecking Ball,” she sent a young man named Jesse to accept her MTV moon man. Formerly homeless, and speaking on behalf of the 1.6 million homeless youths across the U.S., Jesse walked up to the stage and gave a poignant spiel on the current circumstances for the homeless population in America. “I’ve survived in shelters all over…Though I may have been invisible to you in the streets, I have a lot of the same dreams that brought many of you here tonight,” Jesse said. “A dream you dream alone is only a dream. A dream you dream together is reality.” Contrasting Cyrus’ controversial performance of “Blurred Lines” from last year’s VMAs, this was absolutely unexpected, quite touching, and so much better than thanking Terry Richardson. 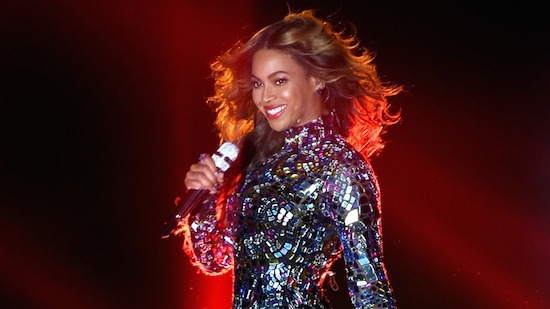 Last but not least: the Michael Jackson Video Vanguard Award, which was given to Beyonce this year. The Video Vanguard Award signifies something like a lifetime achievement in the world MTV. Mashing every song from her latest album Beyoncé down to a 16-minute set, the performance was a prelude to her acceptance of the award. The performance was, like many of Beyonce’s performances, captivating and seductive. Donning a bejeweled onesie, the most memorable and successful part of Beyonce’s performance came about ten minutes into the set. As Beyonce transitioned from “Partition” to “Flawless,” lines from a TED talk given by Nigerian writer Chimamanda Ngozi Adichie lit up the screen: “We teach girls to shrink themselves, to make themselves smaller. We say to girls, ‘You can have ambition, but not too much. You should aim to be successful, but not too successful. Otherwise, you will threaten the man.” And then behind her, in big bold unmoving letters, the word FEMINIST materialized on the screen.

Despite the spur of online forums disputing whether or not Beyonce is actually a feminist, what’s admirable about Beyonce’s stunt is that she’s willing to bring feminism into the pop culture mainstream. Of course, her proclamation won’t alleviate many of the issues of women’s inequality. But compare this to last year’s internet scandal over Miley Cyrus’ terrible representation of young girls, and you will better understand how conversations about feminism and pop culture are much more riveting than the disgust you felt watching Cyrus gyrate her bum against a married man. Let’s just hope that like everything in pop culture, this new stride towards liberal feminism won’t evaporate and disappear into the background as it has in the past.