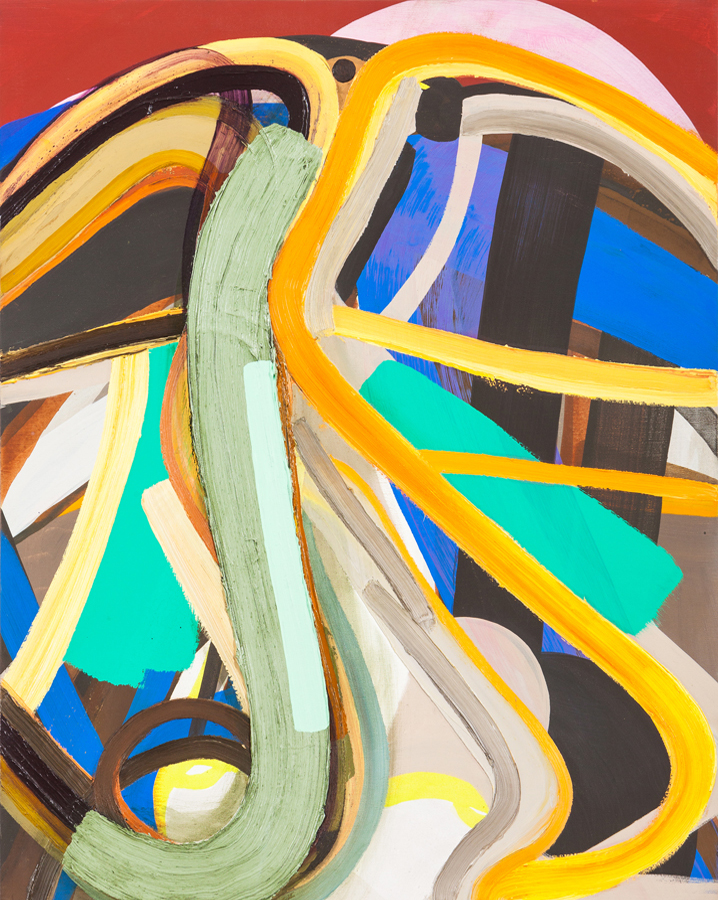 Quint Contemporary Art is pleased to present JOHN MILLEI: ANTHROPOMORPHIC ABSTRACTION, a solo exhibition of paintings by Los Angeles-based artist John Millei. This is the second solo presentation of Millei’s work at QCA. His last exhibition featured figurative paintings titled Portraits of You. This exhibition features work fromPortraits of You plus two new bodies of work, the Hat Head and Torso series. Millei calls the Hat Head series an “avatar of maleness,” sometimes stoic, seemingly ordered and set in a pattern of vertical and horizontal marks. TheTorso series, by contrast contain more chaotic brushstrokes that in the end find order in shape, but not design. The lively color palette of both series denies the anthropomorphism from being too obvious. The scale of the paintings put their human quality in question by outsizing the viewer. The exhibition opens on Saturday, March 2 with a public reception from 6 to 8PM. The artist will be in attendance.