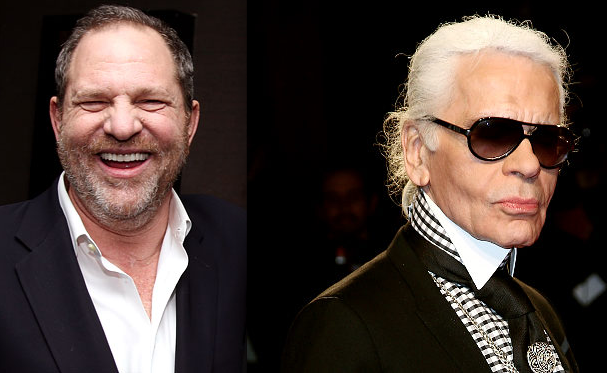 Karl Lagerfeld and Harvey Weinstein have joined forces to auction off the ultimate Hollywood starlet dream to one lucky bidder at this year’s amfAR Cinema Against AIDS gala.  The pair are offering a chance to win the starring role in a short film produced by Weinstein and directed, and hopefully costumed, by Lagerfeld.  Lagerfeld and Weinstein are both chairs of this year’s event along with Alec Baldwin, Janet Jackson, Kylie Minogue, Milla Jovovich, Carine Roitfeld, Michel Hazanavicius, Bérénice Bejo, Ryan Kavanaugh and Kenneth Cole.  Considering the A-list celebrity guestlist and exclusivity of the event, it’s doubtful that we’ll see any new faces in the Lagerfeld/Weinstein short, but the item will surely raise a lot of money for a good cause and is guaranteed to be an exciting new project from the fledgling director and powerhouse producer.