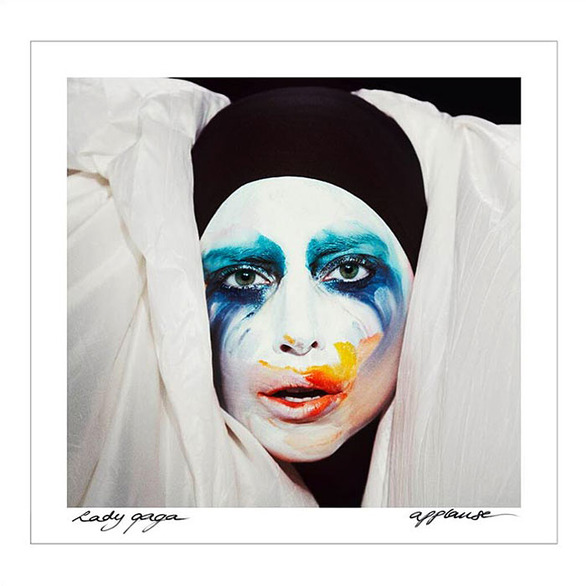 Lady Gaga‘s first single, from her new album ARTPOP, “Applause” will be a track produced by DJ White Shadow who had also produced music for her from her Born This Way album. This track will want to make you give her an applause, according to Gaga. The song is dedicated to her well respected fans.

The official cover art by Inez van Lamsweerde and Vinoodh Matadin shows Gaga wearing a Gareth Pugh smock over her painted face. Her face is displayed as artwork, yet the smeared paint is a reflection that she is still human underneath it all. Inez and Vinoodh also directed the video for the highly anticipated single.

Gaga has also announced that an app for “ARTPOP” will be released worldwide and free to download for her music. The single and app will be released August 19, a week before her appearance at the 2013 MTV Music Video Awards.