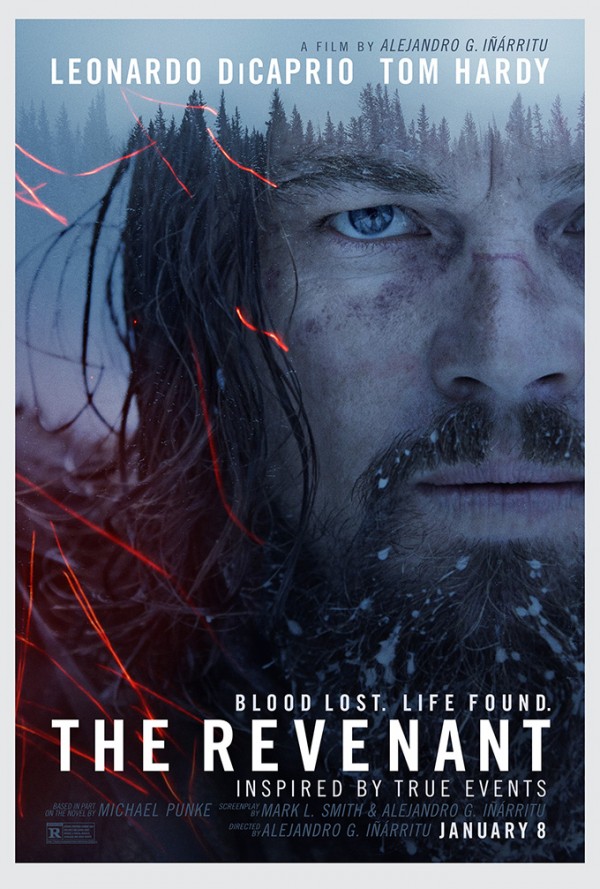 As a follow up to his Academy Award winning film Birdman or (The Unexpected Virtue of Ignorance) (2014), director Alejandro González Iñárritu (21 Grams, Babel) has left the safety of the St. James Broadway Theatre for the unsettled wilderness of the Louisiana Purchase in The Revenant. (2015).

Leonardo DiCaprio stars as Hugh Glass, the famous American frontiersman, whose exploits of exploring the Upper Missouri River and fighting off grizzly bears have been recounted numerous times in popular culture. After his hunting party leaves him for dead during a fur trade expedition in the 1820’s, Glass begins his quest for survival, as well as vengeance. Tom Hardy (The Dark Knight Rises, Mad Max: Fury Road) also co-stars as John Fitzgerald, the principle antagonist who self-servingly seeks Glass’ death.

With a screenplay by Mark L. Smith (Vacancy) & Iñárritu, this tale of survival is based on Michael Punke’s The Revenant: A Novel of Revenge (2002). The author began archival research and writing in 1997 and took four years to complete, with the long hours taking a toll on his health. In anticipation for the film adaptation’s release, the novel was republished in January 2015. However, Punke was unable to participate in the pre-release publicity due to his role as an ambassador to the World Trade Organization. 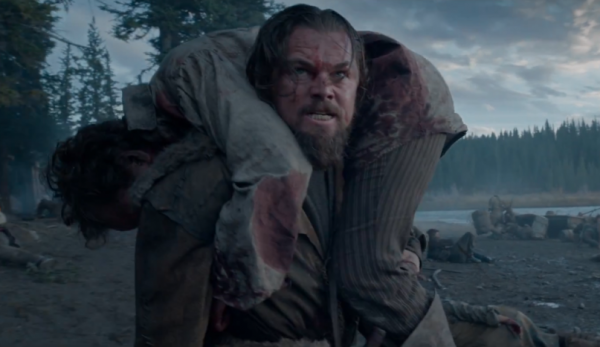 Crewmembers often complained about difficult shoots, with many quitting or getting fired. DiCaprio stated, “I can name 30 or 40 sequences that were some of the most difficult things I’ve ever had to do in my life. Whether it’s going in and out of frozen rivers, or sleeping in animal carcasses, or what I ate on set. I was enduring freezing cold and possible hypothermia constantly.”

In July 2015, the initial budget of $60 million had risen to $95 million, and by the time production had wrapped it had reached $135 million. From early on in the development stages, Iñárritu insisted that no computer-generated imagery would be used, and that the film should be shot in chronological order. Despite Hardy’s claims that this task was impossible, the director confirmed that the western was actually shot in-sequence.

After premiering at the Grauman’s Chinese Theatre on December 16, 2015 and a limited release on December 25, 2015, making it eligible for the 88th Academy Awards, The Revenant will be released nationwide on January 8, 2016. It is also scheduled to open in the United Kingdom on January 15, 2016.