MUSIC
September 3, 2014
by The Untitled Magazine
0 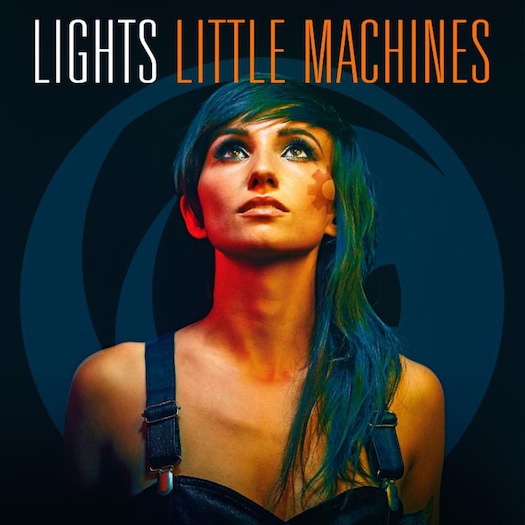 Canada’s acclaimed pop multi-instrumentalist and Juno Award winner Lights is back with her third studio album, Little Machines out on September 23rd via Warner Brothers Records. “Little Machines” features the first single, “Up We Go.” The single is available to purchase digitally or as an instant grat when you pre-order the full album.

“I think we captured a timeless electronic sound and I’m really proud of it,” said Lights. “This record felt like a triumph after a hard dry spell. I turned to poetry, art and female songwriting legends and found myself writing about nostalgia and naivety and just enjoying music again. It feels like a complete journey, from front to back.”

Lights’ previous two studio albums, The Listening (2009) and Siberia (2011) are both Certified Gold and feature the pop hits,”Drive My Soul”, “Ice”, “February Air” and “Banner”. The avid gamer and tattoo aficionado has commandeered the Warped Tour circuit over the years, been invited onstage with Kaskade and Deadmau5, and amassed fans in John Mayer, Rancid, Miley Cyrus, Bob Ezrin, and more. In 2009, she took home the Juno Award for ‘Best New Artist’ and reigns as a social media queen with over 1.2 million Facebook likes, 534,000 Twitter followers, 50 million YouTube channel views and 300,000 Instagram fans.

Lights will perform a very special show at Hard Rock Cafe New York in Times Square on September 30th, as the 2014 Artist Ambassador for Pinktober, Hard Rock’s annual campaign for breast cancer awareness. The 18+ show begins at 7 p.m. and is free with RSVP.

Celebrating its 15th year raising awareness and funds for breast cancer, Hard Rock’s Pinktober is joining forces with a host of musicians around the world for parties, live music events, and the chance to raise awareness and money for local, national, and international charities, including The Breast Cancer Research Foundation and The Caron Keating Foundation. Lights is also gearing up for the September 23rd release of her third studio album Little Machines, having just released a new music video for “Portal.” The black-and-white visual finds her driving down a country road, inevitably ditching her car to search for a portal on foot.

In celebration of Little Machines, Lights will start her national tour the week following release, kicking things off in Boston, MA on October 25th.

Lights Fall 2014 US Tour Dates:
For tickets visit Tickets Now and get up to 10% off, or visit Ticketmaster.

WHAT DO YOU THINK ABOUT THE NUDE CELEBRITY SCANDAL?

0
The Untitled Magazine September 3, 2014
No Comments Yet