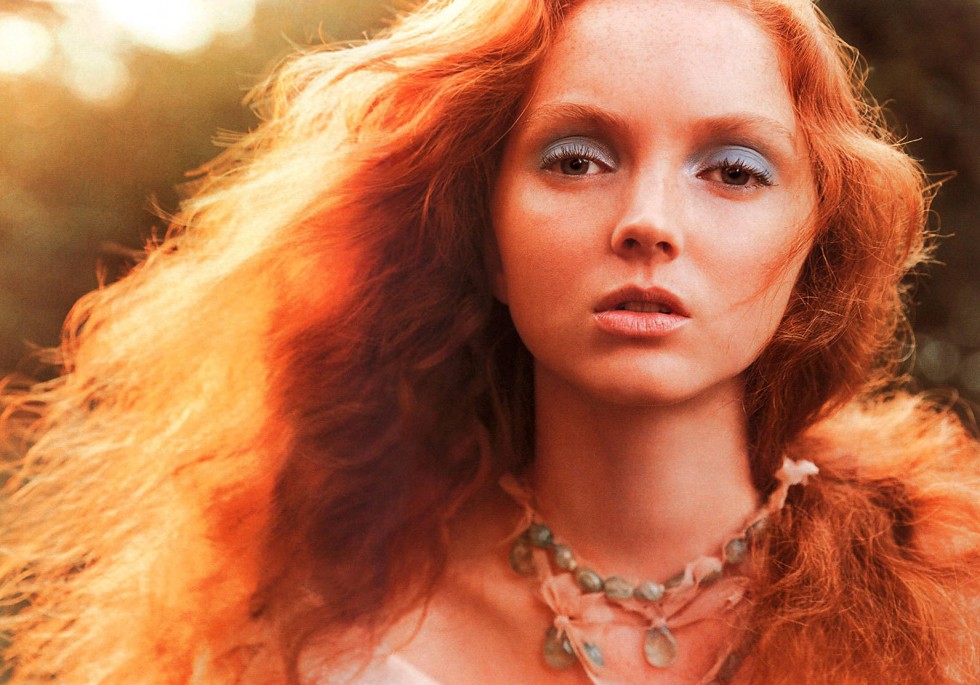 On the roof of The Boulan South Beach on Dec. 4, Peter Brant, Ryan McGinley, Scott Campbell and other famed faces reveled under the stars at one of Art Basel’s most coveted parties, thrown by Interview Magazine and gallery and art bookstore OHWOW. However, all eyes were on model and actress Lily Cole, who was announced as the face of G-Star Raw’s Spring/Summer 2014 campaign.

Cole, the soon-to-be-28-year-old redhead Brit, has modeled for every major designer since she was discovered in Soho at age 14. Iconic fashion photographer Steven Meisel was one of the first in the industry to realize the unending potential of her ethereal beauty, now ubiquitous with her porcelain complexion, ruby waves and eyes set wide apart on her heart-shaped visage. At age 16, she was the youngest model to appear on the cover of British Vogue, launching her into a career filled with campaigns for Marc Jacobs, Alexander McQueen, Prada, Chanel, Ana Sui, and so on.

She’ll be modeling alongside Magnus Carlsen, the World Chess Championship Challenger, whose scruffy coif and boyish air previously appeared in the extraordinarily successful 2010 G-Star campaign with Liv Tyler. The brand is known for using unconventional beauties to bring an element of provocation to their pared-down, back-to-basics garments – staple coats, tailored shirts and slim cuts of untreated denim. Dark-featured actress Gemma Arterton campaigned for the brand in 2011 as did Russian ballerina Keenan Kampa in their most recent fall campaign.

Unlike these emerging starlets, Cole has been bred in couture for years. Nevertheless, her transformative persona has been able to capture the narratives of any garment (or none at all, as in her controversial spread in French Playboy) – reams of tulle and slacks of raw denim alike. Attesting to her power in front of the camera, Cole’s career in acting has landed her the leading role in “The Imaginarium of Doctor Parnassus,” appearances on “Doctor Who,” and will soon include a supporting role alongside Sarah Silverman in the upcoming comedy, “Gravy”. She’s appeared on best-dressed lists and charity boards; campaigns for cosmetic brands and environmental groups. She’s a model capable of many roles; with nary a bad press moment, a role model.

The teaser image from the campaign released thus far captures a kohl-eyed Cole gazing into the camera in all seriousness, buttoned up in an oxford and draped in a weighty trench. If the rest of the campaign proves equally piercing, we’re sold.

KESH "WHAT ARE WE WORSHIPING" DEBUTS AT ART BASEL MIAMI