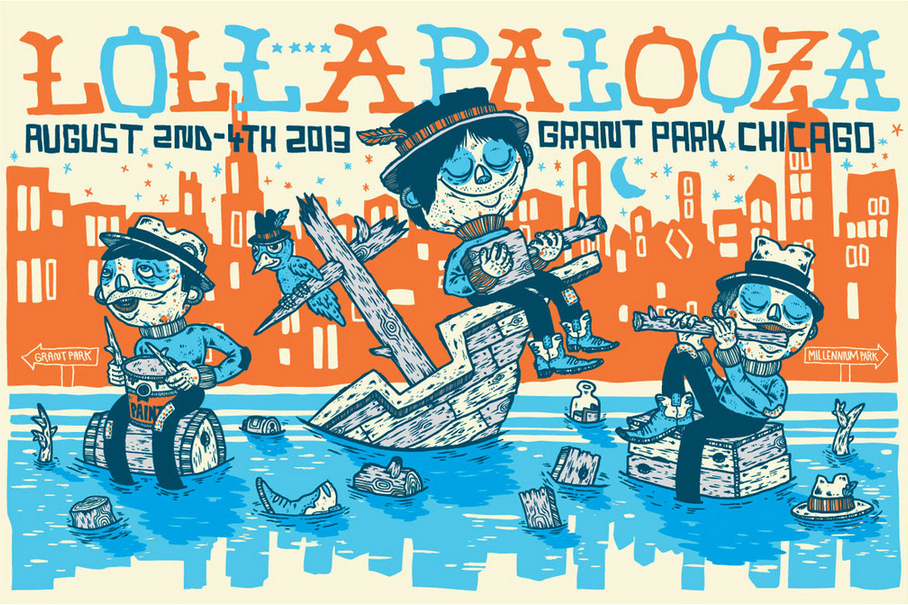 The 13th Lollapalooza music festival will be held August 2-4 with headlining acts such as Mumford and Sons, The Killers, Vampire Weekend, Imagine Dragons, and more.

The idea was created in 1991 by Perry Farrell, singer of Jane’s Addiction, who wanted to give a farewell tour for his band. Each year following, until 1997, and in the years after it’s revival in 2003, Lollapalooza has continued to host thousands of guests over it’s three day event.

The festival features popular alternative rock, heavy metal, punk rock, hip hop, dance, comedy performances and more. It also features craft fairs, non-profit and political platforms, as well as a wide range of activities. This “culture-spanning celebration” has come a long way since its conception but it remains rooted in one simple fact – the festival is for the fans. In 2005, Lollapalooza settled in Grant Park, Chicago and has since called the city its home.