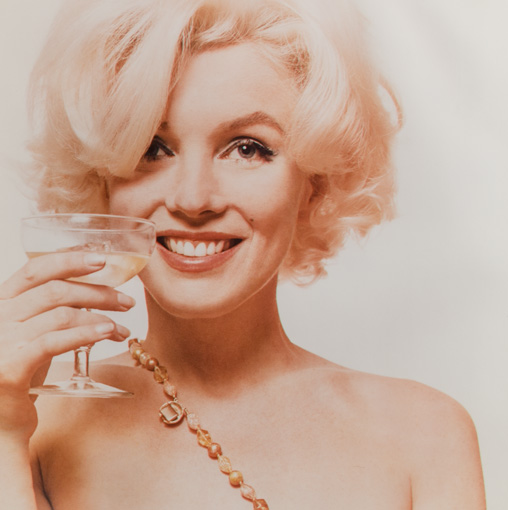 Photographer, performance artist, and muse Natalie White was discovered by famed photographer Peter Beard inside the now defunct New York City nightclub Bungalow 8 at the age of seventeen. As muse and artist, White and Beard traveled the world—voyages that transformed White from an unknown girl from West Virginia into a muse with something extra: an active desire to capture and take over.

In an inspired pairing, The Last Sitting, Bert Stern’s iconic and intimate photographs of Marilyn Monroe taken six weeks before the star’s death in 1962, face off against artist and mega-muse Natalie White’s Second Giant Polaroid series of double-exposure self-portraits, shot using one of the last remaining 20×24 Polaroid cameras in the world. Following the controversial group show Who Shot Natalie White? at Rox Gallery this spring, which featured White as the undressed, obsessive subject of 24 contemporary artists, the artist reclaims the lens in a gorgeously improper counterstatement. In the Second Giant Polaroids, White, turned on by her own reflection in the mirror, captures both the quick hit and deliciously drawn-out process of seduction. The artist’s double-exposure technique—borrowing from sources as varied as Edvard Munch, Victorian-era spirit photography, and the collage work of Peter Beard—allows the time lapses, bodily shifts, and psychological duality inherent in the sexual encounter with self to take physical form in the lush, large-format print.

Guiltless narcissism, blown up to (literally) gigantic proportions, opposes Monroe’s open vulnerability. As Arthur Miller once wrote of his dead bride: “To have survived, she would have had to be either more cynical or even further from reality than she was. Instead, she was a poet on a street corner trying to recite to a crowd pulling at her clothes.” The self-made, monumental Natalie White may be far from reality, but she doesn’t need anybody to take her clothes off for her. Unknowable finally to all but herself, the muse awakens.

0
The Untitled Magazine January 8, 2014
No Comments Yet