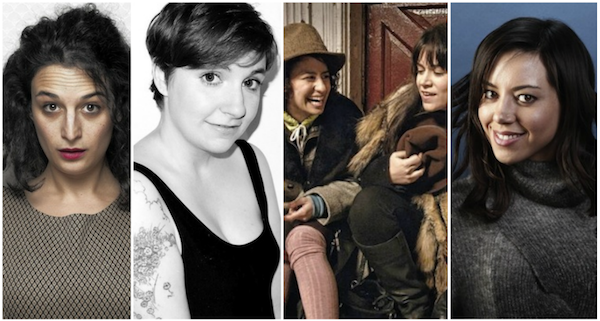 The idea of ‘feminism’ today typically resounds in two very different ways; at times, it’s treated as a subject unresolved and worthy of analysis, and at others, as the redheaded stepchild of ‘polite’ conversation. Fortunately, the ladies of modern comedy are more than willing to tackle both interpretations. Though feminism has taken on various forms in the past century, in its modern iteration one could be lead to believe it is no longer necessary, even entirely obsolete. However, all signs still indicate its crucial role in setting the balance for women worldwide. Now, in the present age of post feminism the prevailing mentality dictates that sexism no longer exists…didn’t our moms take care of that in the 60s and 70s? Not entirely.

Fortunately, new voices are cropping up to discuss the issue from an unlikely wellspring: the world of comedy. In the past, many women have shaped our collective self-image through this medium. Joan Rivers, Tina Fey, and Amy Sedaris showed that the structure of comedic performance is surprisingly perfect for social dialogue. Firstly, it’s entertainment, therefore any underlying political agenda that may be informing it will be more digestible to the audience. Secondly, there are no ironclad standards of etiquette by which to abide: anything goes, and that can open minds. Finally, it is a tool of empathy. The best comedy is the kind you can relate to, and since men dominate the industry, it’s high time the other half of the population got the microphone.

Enter the funny-ladies of the moment, who are contributing much more than dating jokes to film and television. They are writing their own scripts, producing, directing, acting, and in turn, cutting checks for themselves at the end of the day. These women are smart, complex and intriguing, and are just as likely to swipe on lipstick as they are to pee in public. Welcome the fearless females of modern entertainment. 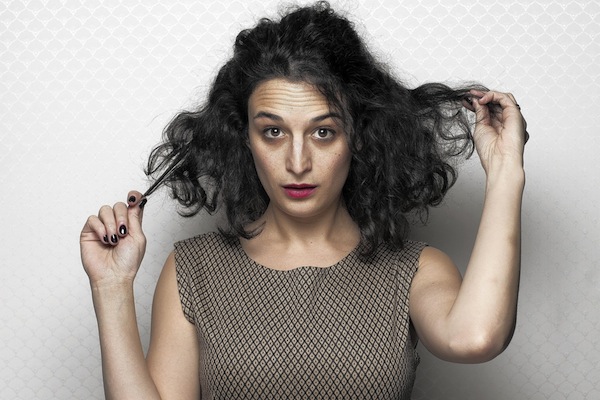 Jenny Slate: The Humanizer
A stand-up comic, actress, and creator of the viral short Marcel The Shell With Shoes On, Slate’s most recent stroke of brilliance lies in her performance as Donna Stern in Gillian Robespierre’s Obvious Child. The film centers on twenty-something comedian Donna who strikes a trifecta of misfortune when she gets dumped, loses her job and winds up pregnant after a drunken night of sexual rebounding. Unlike most pregnancy-centric romcoms it is clear early on that Donna will not keep the baby.

Though Obvious Child dissects the specifically female experience of coping with unplanned pregnancy, Slate along with writer/director Robespierre assert that the film is empathetic to anyone, man or woman who may find themselves in the same conundrum. In a recent interview Slate claimed: “It’s a human experience. The movie is really for any gender. The comedy is really strong and genderless.” This statement is not only indicative of the film, but also of Slate’s personal brand of comedy. Her willingness to make jokes about genderless phenomena, or more bluntly, smelly bodily functions, lands her a special place in the realm of contemporary female identity.

A phoenix of sorts in the comedy world, Jenny slate has dusted off every fleck of ash since she got fired from SNL for dropping the f-bomb in 2009. Slate’s career exists in a space that contests gender stereotypes: she is certainly not denying her femininity by behaving in an overtly masculine manner, but she is also not a buxom bombshell objectifying herself for the sake of “sexual empowerment.” Her persona, both on and off screen is one of “a comedian and a human. And a woman…with a vagina.” During an interview with PopSugar, host Matthew Rodrigues inquired: “ Any advice for a girl that farts on the first date?” To which Slate sensibly replied: “Own it. We all have human bodies. You say ‘oops, I’m alive, my body works.” This rejection of the dainty, Stepford-Wife ethos imposed upon women by mainstream media makes Slate particularly relevant today. 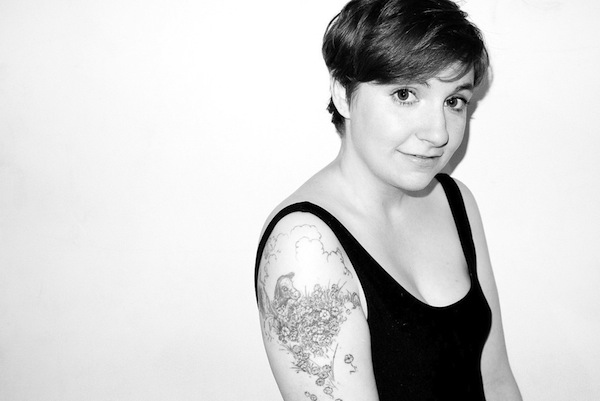 Lena Dunham: Working Girl
Whether you’re a fan of the show or not, it’s impossible to discuss the female perspective in comedy without mentioning Lena Dunham and her Girls. Dunham’s HBO series has dissected a new cult of young adults, analyzing their relationship with body image, dating, and post-collegiate barista careers. Structurally the show is nothing groundbreaking, zooming in on the friendship, romantic endeavors, and professional lives of four women in New York. Girls’ tenacity instead lies in its details: the irksome sex scenes, idiosyncratic humor, and relevance to millennial urbanites. At the same time, many critics have sited its scope as being far too narrow, affixed point-blank at a slice of educated, middleclass twenty-somethings who spend far too much time navel-gazing.

Dunham’s real-life story is a similar catalyst for this kind of ambivalence. There is no doubt that her role as creator, writer, director, and star of Girls has codified her as a woman of action. She is ambitious, intelligent, and eager to discuss her responsibilities as a feminist. In a candid interview with Bill Simmons, Dunham stated: “We need more female showrunners…it’s our responsibility [as women] to bolster each other and our responsibility to like, guide each other, and mentor each other, and be present for each other, because otherwise, it can be a crazy battle.”

Now with that being said, Dunham’s personal battle may have been a trifle less crazy than the average woman’s. Born and raised in New York City to artist parents, she was afforded a private education at St. Ann’s school, as well as a community of culturati to look up to. Landing her first Vogue interview at age 11, she palled around with the likes of Stella Schnabel-artist Julian Schnabel’s daughter-and was astute enough in the language of affluence to have opinions on Jil Sander and Calvin Klein before hitting middle school.

It isn’t fair to attribute all of Dunham’s success to her economic pedigree, but not mentioning it seems unfair. The importance of her work doesn’t lie in class analysis or even her show; the key role she plays in feminism now is that she is running her own career in a field dominated by men. She is leading by example, not theory. It’s not about the content of Girls, it’s about its existence at the hands of a determined woman. 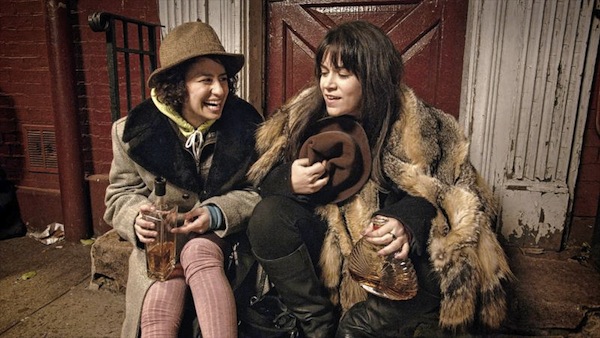 Abbi Jacobson and Ilana Glazer: Best Broads
A rare bird in the world of female-aimed television, Jacobson and Glazer’s love child Broad City focuses on the impenetrable friendship of two hilarious women. Unlike many series prior that have examined camaraderie among ladies, Broad City pays equal attention to both characters, assigning the role of alpha to neither. It’s difficult to approach this show from a theoretical perspective, mainly because the hours spent ‘researching’ get embezzled by too many laughs, and not enough note taking. But once I could hold a pen steadily, I found a wealth of things about the show that celebrate a new view of womanhood.

The most remarkable aspect of the series is that it portrays a female friendship void of the petty competition and boy-crazed incentives that clog mainstream television. These are not the stiletto-stomping vixens of Sex and the City, but rather two down-and-out chicks trying to navigate their weed-filled mid-twenties, their shitty jobs, and the G train.

Playing exaggerated versions of themselves, the girls wrote the show after meeting at Upright Citizens Brigade, the comedy launching pad started by Broad City’s eventual Executive Producer, Amy Poehler. While their T.V. personas may depict far messier portraits of Jacobson and Glazer, the dynamic of their friendship is natural, honest, and endearing. If you’ve ever had a BFF that would come heroically to your bathroom to plunge your BM-embargoed toilet before a date sees (or smells) it, cling to her like she’s your very source of oxygen. 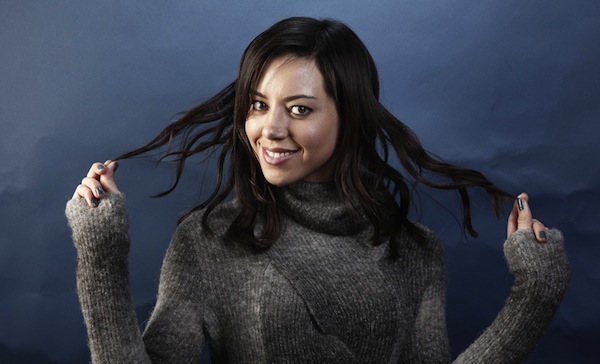 Aubrey Plaza: Babe of Blasé
Perhaps the most difficult performer to read of those discussed, Aubrey Plaza’s deadpan character April Ludgate on Parks and Recreation bears a striking behavioral resemblance to the real-life actress. She has referred to herself as “the worst interview guest ever” noting her unsettling awkwardness on talk shows. Watching her interact with David Letterman, for example, is a confusing experience of smiling and cringing as she dryly discusses her love of alcohol, her former stroke, and her latest projects, the latter of which she seems to harbor the least enthusiasm for.

Plaza is an interesting woman in show business because of her opposite nature compared to the comediennes mentioned above. While Dunham, Slate, and Glazer/Jacobson champion characters who are not afraid of displaying feminine behavior, they aren’t overtly sexualized or dolled-up in their roles. Plaza on the other hand has a Cosmopolitan editorial shoot under her belt, and is irrefutably sexy on and off set, donning sparkly little nothings of dresses and full makeup. Yet despite her glamorous appearance, Plaza’s personality exudes all the sex appeal of a disgruntled librarian with PTSD.

Her attitude recalls the anti-social heroines of the late ‘90s and early aughts: Daria, Clea Duvall’s Stokely in The Faculty, and Enid from Ghost World. These characters were revolutionary in the world of teen girl identity; the brazenly intelligent gals who didn’t give a rat’s ass where they sat in the cafeteria, or whether the quarterback thought they were ‘pretty.’ It was an important monument to erect in pop culture, and now that it is a familiar archetype, it can become more complex. Plaza’s duality as a sex icon and a razor-witted nerd with social anxiety is enlightening. By being visually at odds with her demeanor-at least according to conventional renderings of ‘hot chicks’-she is being true to her self, and that’s commendable.

Though comedy is not a traditional approach to feminism, its heightened prevalence in entertainment culture has created new space for social discourse. Furthermore its broad audience is ingesting more diverse content than ever before, relaying the perspective of more and more women. Slate, Plaza, Dunham and Glazer/Jacobson are teaching thousands of young women that being progressive can take many forms, from becoming an HBO maven to owning your less ‘lady-like’ moments. It isn’t as if the presence of these women has castrated sexism once and for all. There is still a jagged uphill battle before we achieve equality, and it is one that necessitates awareness of complicated factors such as class, race, and sexual orientation. But it’s a start, and a damn fine-looking one if you ask me.

– Madison Bloom for The Untitled Magazine

CHANGE A WOMAN'S LIFE IN SAHEL BY SUPPORTING THE WATER PROJECT

RAVE TO GRAVE: THE DANGERS OF EDM CULTURE